NFL Wild Card Round picks with Bengals favored over the Raiders 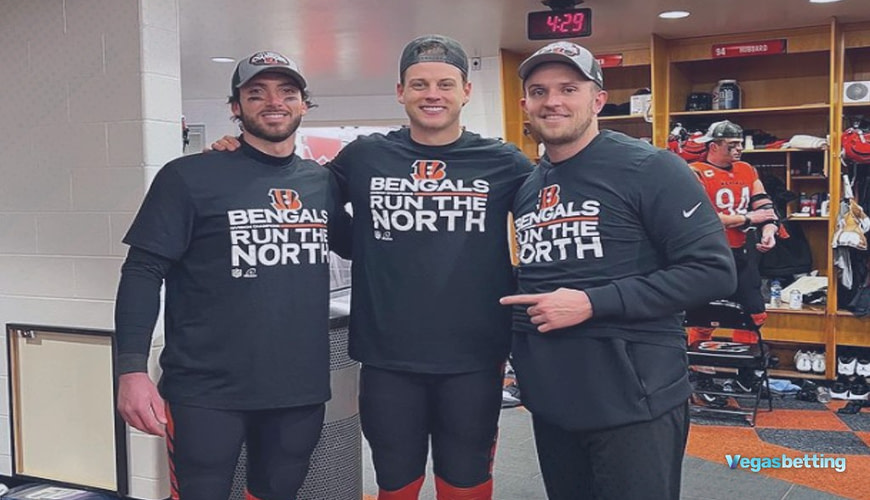 Folks, the playoffs have arrived in the National Football League and fans are fired up all over the world. Who will end up winning the Super Bowl? Well, things will get started this weekend for the chase for the glory. In this article, we have NFL Wild Card Round picks with Bengals favored over the Raiders as part of things. Which teams will end up moving on?

Cincinnati should be able to take down Las Vegas on Saturday

• What: AFC Wild Card Round
• Who: Cincinnati Bengals vs. Las Vegas Raiders
• When: Saturday, Jan. 15
• Where: Paul Brown Stadium in Cincinnati

In an intriguing matchup to open things off, Cincinnati should be able to take down Las Vegas on Saturday on the AFC side of things. For Las Vegas, they nearly missed out on the postseason, but they were able to beat the Los Angeles Chargers on Sunday night and then also got some help from the Jacksonville Jaguars, who were able to take down the Indianapolis Colts.

Starting off with the Bengals, things of course start with the play of quarterback Joe Burrow. The former first-round pick has been outstanding this year, as he tossed for well over 30 touchdowns during the regular season. With his strong play, the Bengals were able to capture the AFC North championship. On top of Burrow, Joe Mixon and Ja’Marr Chase are also offensive studs.

On the other side of the field, the Raiders are led by the play of quarterback Derek Carr and running back Josh Jacobs. On top of that, superstar tight end Darren Waller was also able to return from injury in Week 18 to help Vegas beat Los Angeles. The Chargers are of course now out of the playoffs, with Las Vegas being the one to move on to take on Cincy.

According to the top online sportsbooks, the Bengals are big favorites with their -275 odds. For Las Vegas, they’ve been set at +225 for their Las Vegas NFL odds. Unfortunately for all of you Raiders fans, the inconsistent play on offense could prove to haunt this team, especially on the road. We’re going with the Bengals as our pick. Agree? Check out our best NFL betting sites to get a wager in.

Tampa Bay will dominate Philadelphia in this one

Over in the NFC, Tampa Bay will dominate Philadelphia in this one. It should be noted that this will feature Tom Brady going up against Jalen Hurts. Here we have one quarterback who’s in his 40s, while Hurts is in his second year of the league. This really will showcase two fantastic QBs, as both Brady and Hurts have been so much fun to watch this season.

While Brady has been superb, you’ve also got to remember the strong play of Leonard Fournette and Ronald Jones with the ground game. For the receivers, it’s a bummer that Chris Godwin suffered a torn ACL in the middle of the season and he’ll be out for the postseason. The team also released Antonio Brown after his dramatic scene vs. the Jets.

Regardless of that, the Eagles will have their hands full trying to contain guys like Mike Evans, Rob Gronkowski and many others. Offensively for Philly, the pressure will be on Hurts, while DeVonta Smith, Jordan Howard, Miles Sanders, Boston Scott and Co. will need to step their games up as well. Otherwise, this game could get out of hand early on.

The Bucs are the home team for this one, and their fans will be ready to try and rattle the Eagles early on in this one. Per the oddsmakers, Tampa Bay has been set at -430 odds, which shows how confident they are that they’ll be able to record a head-turning win over the Eagles. While an upset would be cool to see, we don’t see it happening. We’re rocking with the Buccaneers.

The Buccaneers to beat the Eagles

Can the Cowboys take down the 49ers in Arlington?

Last but not least, can the Cowboys take down the 49ers in Arlington? Jerry Jones knows that this team has what it takes to go on a serious postseason run, but this team has been nothing short of unlucky in recent years. Now, though, Dak Prescott is ready to try and change the narrative in a big way for the Cowboys. Prescott needs to play well.

Fortunately for the Cowboys fans out there, Prescott is coming off a monster game in Week 18 against the Eagles, where he tossed for five touchdowns. That showing really shut up all of his haters out there. He’ll need to keep spreading the ball around, hitting CeeDee Lamb, Amari Cooper, Cedric Wilson and others. Ezekiel Elliott and Tony Pollard must run with ferocity too.

For the 49ers, Jimmy Garoppolo will get the start, as he’s bounced back from his thumb injury. Jimmy G has never lived up to the hype with San Francisco, but he’s got a great chance to get people off his back by taking down the Cowboys in Dallas. While Dallas is considered the favorite, San Francisco sure has what it takes to beat them. We smell an upset, which is why we’re picking San Francisco to win.