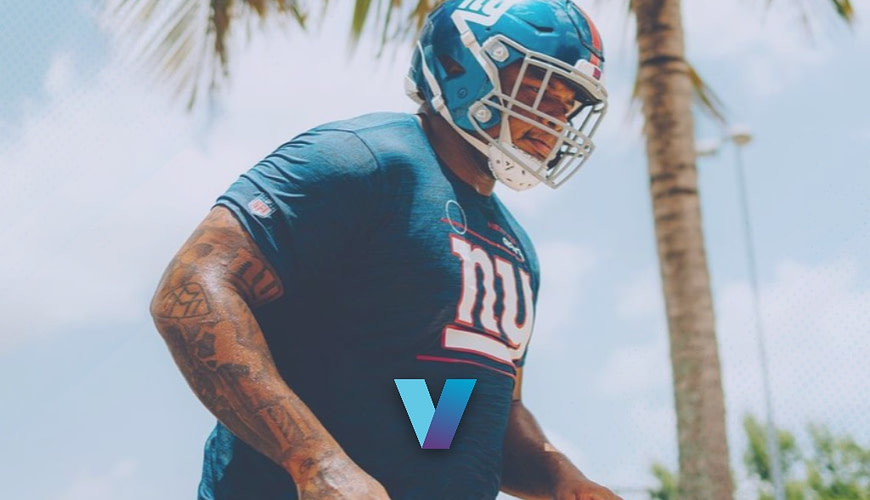 There’s a loaded list of primetime games in the National Football League this weekend, with some fun matchups going down in both the AFC and NFC. The pressure is on for teams to deliver. In this article, we have our NFL Week 8 picks for the 2022 season, which includes the exciting showdown between the Giants and Seahawks at Lumen Field. Which team will come out on top?

The Seahawks are favored to take down the G-Men

In this battle between the two NFC powers, the Seahawks are favored to take down the G-Men when the two squads meet in the Pacific Northwest. Seattle is coming off a huge win over the Los Angeles Chargers on the road, while the Giants pulled off yet another upset win in Week 7, this time against the Jacksonville Jaguars. NY is 6-1 on the year, while Seattle is 4-3.

With the Giants, this team continues to do the unthinkable, as no one expected them to be at six wins already. Quarterback Daniel Jones is coming off a career game, as he tossed for 202 yards and a touchdown while rushing for 107 yards and another score. It was great to see wide receiver Darius Slayton haul in his impressive TD as well.

Meanwhile, with the Seahawks, quarterback Geno Smith had a strong showing against Los Angeles. This big bummer for this team is that standout wideout DK Metcalf went down with an injury, and he had to be carted off. Metcalf is expected to miss Week 8 and potentially a significant amount of time. This is going to be a big blow for Seattle.

According to the best-rated sportsbooks, which includes the reliable Bovada review, the Seahawks are the favorites with their -154 NFL betting odds, while the Giants have been set at +130. This one could go either way, and Seattle will look to take care of business at home. However, NY can’t stop finding ways to win close games, and we think Big Blue will rise to the occasion again. The Giants are our pick.

The Buffalo Bills will dominate the Green Bay Packers

People thought this would be a close game when the NFL schedule first came out. However, the Buffalo Bills will dominate the Green Bay Packers when they meet in Week 8. Just what in the heck has been going on with Green Bay of late?

This team started the year 3-1, but they’ve now lost three games in a row, and the offense continues to sputter. No one expected this to be the case with Aaron Rodgers postponing his retirement to suit up for the Cheeseheads once again. However, the loss of Davante Adams has been worse than anyone could have ever imagined, with the wideouts not living up to the hype for this squad.

On the other side of the field, the Buffalo Bills look like one of the best squads, holding the No. 1 Super Bowl betting odds. Josh Allen is still riding high after Buffalo took down the Kansas City Chiefs in Week 6. After beating Patrick Mahomes in Kansas City, Allen is ready to hand Rodgers a big-time defeat in Buffalo.

Per the oddsmakers, the Bills have head-turning -500 odds to win this one, and the Packers have been placed at +350. This is the first time in his career that Rodgers has been a double-digit underdog, which speaks to how far this team has fallen. Don’t even think twice about the victor of this one: you simply have to go with the Bills as your pick.

Broncos will hope to upset the Jacksonville Jaguars

In what should be a thrilling meeting in London on Sunday, the Broncos will hope to upset the Jacksonville Jaguars in this one. Denver is coming off a rough loss to the Jets, while the Jaguars suffered a home loss to the Giants. Both of these teams need a win, but things are getting into panic mode for Denver.

Russell Wilson missed last weekend’s showdown with a hamstring injury, but he’s expected to give it a go to take on Jacksonville. Now more than ever, Wilson needs a big game. Fans are starting to lose faith in him as the franchise QB of this team. It could get many people off his back if he has a strong showing against the Jags and their strong defense. If he struggles, then more haters will be ready to call him out for poor play.

Right now, Denver holds +135 odds to come away with a win, and Jacksonville is the favorite at -155. Wilson is a better quarterback than Trevor Lawrence, and he’ll need to remind everyone of that on Sunday. We think he will. The Broncos are our pick. Do you agree? Check out our best NFL betting sites to get your wager in as soon as possible.