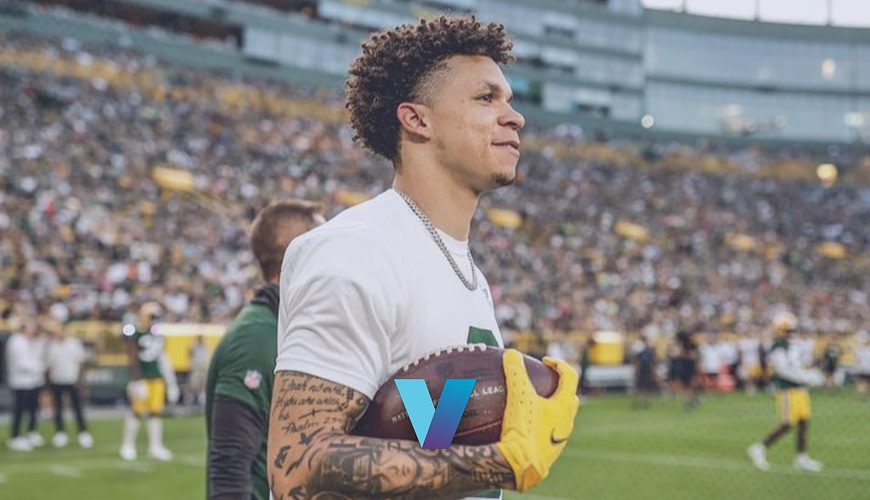 Week 10 of the football campaign was one to remember, but fans are even more excited about the schedule ahead. Guys like Aaron Rodgers, Tom Brady, Justin Fields, and more put up big numbers, and that’s again expected to be the case. In this piece, we have our NFL Week 11 picks for the 2022 season, with several tasty matchups on the way.

Green Bay Packers are home favorites over the Titans

When you thought the Packers were dead in the water, the NFC North powerhouse flipped the script. Last week going up against the Dallas Cowboys, Green Bay wasn’t expected to come away with a win against the 6-2 NFC East side. However, Rodgers put on a show in this one, powering the Packers to a thrilling overtime victory. The Green Bay Packers are home favorites over the Titans for a Week 11 battle.

This is exactly what was needed, as the offense looked fantastic. In the win, Rodgers tossed for three touchdowns, his first three-score game. All of his touchdowns went to rookie speedster Christian Watson. Watson, a product of North Dakota State, bounced back after he started his day off with two drops. Rodgers kept feeding him, though, and that paid off.

As for the Titans, they took on the Denver Broncos and came away with a close 17-10 victory. This offense has been inconsistent this year, but they’re always going to be a threat because of star running back Derrick Henry. When Henry catches full speed, he’s nearly impossible to bring down. This could be a problem for the Green Bay defense in this one.

According to the best-rated sportsbooks, which includes the reliable Bovada review, the Packers are the favorites with their -146 NFL betting odds. The Titans have been placed at +124. From our chair, we think Rodgers and Watson will have another big game, powering the home team to a big Thursday Night Football victory. We’re going with the Packers. Agree? Check out our NFL betting sites to get a wager in.

The Giants will keep things rolling vs. the Lions

Over at MetLife Stadium, the Giants will keep things rolling vs. the Lions come Sunday afternoon. No team has been a bigger surprise than New York, as they are 7-2 on the year and hoping to improve to 8-2 this weekend. No one thought the Giants would already be at seven wins for the campaign, as a lot of experts figured they’d have less as a total once the year was said and done.

Yet, Saquon Barkley leads the NFL in rushing yards, and Daniel Jones keeps improving each week. Not only that, but the team’s defense has been superb. Dexter Lawrence looks one of the best pass-rushers in the game, and Leonard Williams is also a beast up front. The secondary is inexperienced, but rookie Dane Belton posted his first interception last weekend, helping the team take down the Houston Texans.

Detroit improved to 3-6 on the year, beating the Chicago Bears on Sunday. Fields looked brilliant for Chicago in that win, but Detroit made the needed plays late to steal the win away. Now, the Lions will hope to record an upset over the Giants, but that’s not going to be easy. NY is used to playing in close games, which could be the case again.

Per the oddsmakers, the Giants have been placed with -168 odds, and the Lions are +132. Yes, Detroit has playmakers on both sides of the ball, but we think New York will be able to get the ground game going early with Barkley impressing. With Barkley and Jones playing so well, we must go with the Giants as our pick to win this one.

The Chiefs will beat the Chargers on Sunday Night Football

Lastly, the Chiefs will beat the Chargers on Sunday Night Football; there’s no doubt about that. Kansas City continues to see its Super Bowl odds increase, and quarterback Patrick Mahomes is a big reason. The superstar signal-caller is lighting up the field once again this year, as opposing defenses can’t seem to find a way to slow him down.

LA is going to have its hands full this weekend. Despite the Chiefs being the road team for this upcoming matchup, the Chiefs are considered the heavy favorites. Yup, Kansas City enters this one with -330 odds, and LA has been set at +265. This tells you just how good the Chiefs have been this season, even without star wideout Tyreek Hill making plays for Mahomes.

With the Buffalo Bills losing to the Minnesota Vikings over the weekend, Chiefs fans are even more excited about the future of this team. There’s a good chance this team can grab the No. 1 seed in the AFC for the playoffs. For that to happen, they’ll need to keep their winning ways going. We think that will be the case vs. the Chargers. The Chiefs are our pick.