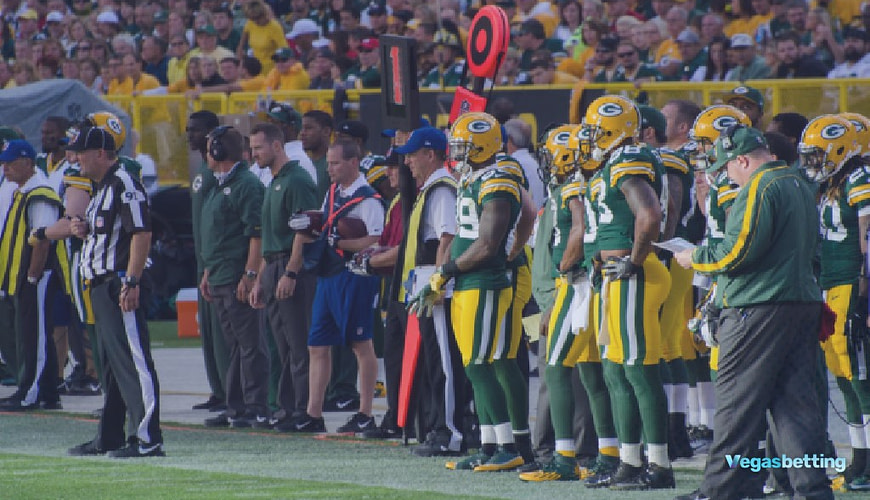 In no question one of the best games of the season thus far, the Green Bay Packers and Arizona Cardinals are ready to go to battle on Thursday Night Football. Aaron Rodgers against Kyler Murray? This is no question going to be a showdown to remember for football fans everywhere. In this article, we have NFL TNF picks for Packers vs. Cardinals. Which side will end up coming out on top?

Cardinals are the favorites to take down the Packers

Heading into this one, the Cardinals are the favorites to take down the Packers when they meet in this Week 8 matchup. Arizona remains the only undefeated team in the entire league, as both the offense and defense have been nothing short of spectacular. For Arizona to be a perfect 7-0 truly is remarkable, especially since they’re in the competitive NFC West.

The NFC West is no doubt one of the best divisions in the NFL and Arizona is really standing out right now thanks to the brilliant play from Murray, DeAndre Hopkins, Chase Edmonds, Christian Kirk, AJ Green, James Conner and others. Defensively too, the addition of J.J. Watt has been nothing short of fantastic for the front-seven. Watt, in his first year after balling out for the Texans, has been superb.

Watt will look to put plenty of pressure on Rodgers from start to finish in this one. Meanwhile for Rodgers, he and the Packers are 6-1 after taking down the Washington Football team on Sunday. Rodgers is in the middle of another big year. The same can be said for Davante Adams, who continues to be one of the best wide receivers in the game. Rodgers and Adams are quite the duo.

According to the Las Vegas sportsbooks, the Cardinals are the favorites here with their -184 odds. On the other side of things, the Packers are underdogs with their +154 best NFL betting odds for Week 8. It’s not often that Rodgers is considered an underdog leading up to a game, but that’s what we have here. Arizona is the home team and while they’re expected to win, we’re going with the Packers as our pick. Do you agree? Check out our NFL bettings sites and place a wager.

Packers will no question cover the spread

Even if you don’t think Green Bay will come out on top of this one, the Packers will no question cover the spread in this showdown. As things stand, the spread has been set at 3.5 points, with Arizona at -3.5 and Green Bay at +3.5. With these two teams so evenly matched up, we really think this is going to be a wild contest that will come down to things late in the fourth quarter.

Again, we think that the Packers will be able to record a win here. But say something happens and Arizona wins, we don’t think they’ll do so by a touchdown. Worst-case scenario, Green Bay will lose this contest by only a field goal, which would of course cover the 3.5 point spread. Rodgers, Adams, Aaron Jones and the rest of the playmakers will be ready to put up a ton of points.

Meanwhile for defense, Green Bay made plenty of headlines this past week after they went out and signed pass-rusher Whitney Mercilus. Mercilus had a long and successful career with the Houston Texans, but the team released him to free up cap space. It didn’t take long for Green Bay to jump in and offer him a deal for the rest of the season, with them beating out Pittsburgh and Kansas City.

Arizona is ready to keep making a statement to the rest of the NFL going up against the Packers, but Green Bay will do everything they can to make things tough. We think they will. The Packers and Cardinals will be ready to put on a show. Green Bay has everything it takes to record an upset win against Arizona. Even if they don’t get that job done, our pick is for them to cover the 3.5-point spread regardless, with it holding -114 odds.

Green Bay will open the scoring in this one

With the way the Packers are performing right now, this team really is tough to stop for opposing defenses. Rodgers is throwing touchdowns left and right. Each week, this team is only getting stronger and stronger and they’re seeing their Super Bowl odds improve in the process. Going up against Arizona, we’re also confident Green Bay will open the scoring in this one.

How will things go down? Rodgers will want the ball in his hands and look to find one of his stud receivers. Adams would of course be the go-to option, but guys like Randall Cobb, Allen Lazard, Robert Tonyan and others will be ready to catch the ball deep in Arizona territory as well. Arizona is going to have its hands full come Thursday night, as so many options will be ready to put on a show for the Packers.

Arizona of course has plenty of star power on its team as well, and they’ll surely make life difficult for Matt LaFleur and his defense. The Cardinals, led by Murray, have been brilliant from start to finish in the games they’ve won this season. It’s been special to see. Despite that, we think Green Bay will get things going with a bang early on, with Rodgers getting them on the board first. GB has -120 odds to score first. That’s our pick.