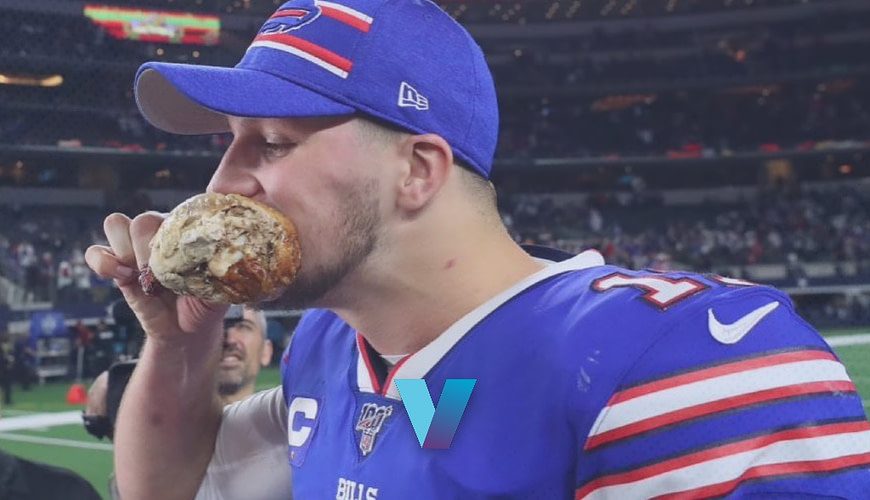 In the U.S., there’s nothing better than stuffing your face with turkey, potatoes, pie, and more and enjoying a full slate of football action. Well, more of the same is on the way this season, as in this piece, we have our NFL Thanksgiving Day picks for the 2022 season. Which teams will be able to make the holidays even better by recording a big win?

Bills are monster favorites going up against the Lions

To no one’s surprise, the Bills are monster favorites going up against the Lions on Thanksgiving Day. Buffalo remains the favorite to win the Super Bowl, and their odds only got better with the Eagles losing to the Washington Commanders in Week 10. Now, Philadelphia is no longer undefeated, and a message was sent to the rest of the league.

Now, Buffalo knows that they need to keep taking care of business. This team has suffered surprising losses this year, which no one saw coming. Not only did this team lose to the New York Jets, but they also suffered a heartbreaking loss to the Minnesota Vikings in Week 10. Now, it’s time for Josh Allen to try and get this ship going in the right direction.

Meanwhile, the Detroit Lions, this team has a lot of talent on both sides of the ball. Quarterback Jared Goff will hope to have a big game, but he’s not the only one who could pose problems for the Buffalo defense. Wideout Amon-Ra St. Brown looks like one of the best WRs in the NFC. On top of that, running back D’Andre Swift is impressive to watch.

According to the best-rated sportsbooks, which includes the reliable Bovada review, the Bills currently hold their -500 NFL betting odds to record a win. The Lions are at +350. From our chair, we think Buffalo will cruise to a win. They’re our pick. Agree with us there? Check out our best NFL betting sites to get a wager on this action.

Giants and Cowboys will provide fans with a thriller

Next up on the list, the Giants and Cowboys will provide fans with a thriller when they face off at AT&T Stadium on Thanksgiving. These two teams don’t like one another, as this NFC East rivalry is one of the best in the NFL. These two teams faced off on Monday Night Football in Week 3, with Dallas winning. That victory came without star quarterback Dak Prescott.

For the Giants most certainly have revenge on their minds. NY has been one of the most impressive teams this season, and they’re hoping to record yet another upset win, this time against Dallas. Daniel Jones is playing his way to a new contract, and running back Saquon Barkley belongs in the MVP conversation. It will be crucial for head coach Brian Daboll for these two to play well.

As for the Cowboys, Prescott indeed is back to full health, and he is known for playing well in primetime showdowns. A big performance could be on the way for him. The same could be said for wideout CeeDee Lamb, running back Ezekiel Elliott, pass-rusher Micah Parsons, and others. Dallas is motivated to bring owner Jerry Jones another win on a major holiday.

Per the oddsmakers, the Cowboys are favorites with their -310 odds. The Giants have been set at +250. New York has turned many heads this fall with strong play, so it wouldn’t be a total shocker to see them record a win on Thursday. However, we think the Cowboys are just too good right now. We’re going with Dallas to post a victory over the Giants.

The Vikings should take care of business vs. the Patriots

Lastly, the Vikings should take care of business vs. the Patriots on Thursday night. Minnesota is in the middle of a great year, too, as they’re on their way to winning the NFC North. Many people didn’t think this would be the case entering the season.

The expectation was that the Green Bay Packers and Aaron Rodgers would win the division, but the Vikings have looked strong on offense and defense. On offense, Kirk Cousins, Dalvin Cook, and Justin Jefferson have been as good as advertised, which is why fans are excited about their potential once the playoffs arrive.

In the Thanksgiving Day matchup against the Patriots, Minnesota holds -168 betting odds, and New England has been placed at +142. You should never sleep on the Pats, as head coach Bill Belichick will always have his team playing at a high level. The Vikings know this, so they’ll be extra prepared for this one. At the end of the night, we think the Vikings will win. They’re our pick.