NFL Rookie of the Year picks for the 2021 season 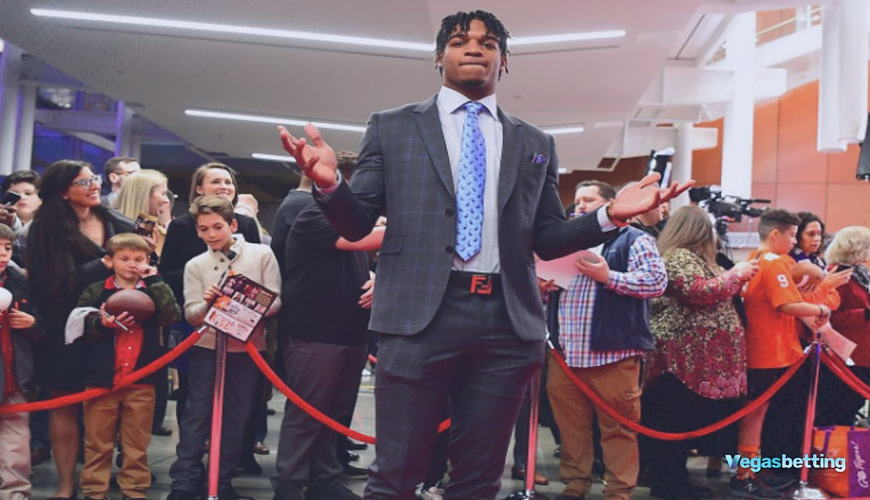 While countless folks out there are focused on seeing who will win the Super Bowl this campaign, you can’t forget about the individual awards either. With that said, the MVP will of course be a main topic of conversation, but plenty of eyes will be on the rookies too. In this article, we have NFL Rookie of the Year picks for the 2021/22 season. Who will win on each side?

It goes without saying, but Ja’Marr Chase and Mac Jones are battling it out on offense. Both these superstars are the favorites to potentially win NFL Offensive Rookie of the Year, as they’ve recorded truly sensational first seasons in the NFL. While Trevor Lawrence and Justin Fields were the favorites entering the season, things surely have changed since Week 1.

Starting off with Chase, when was the last time we saw a wide receiver make such an incredible impact during his rookie season. What made things so fun for Cincinnati Bengals and LSU fans is that these two were able to reunite. They were teammates at LSU for the unreal 15-0 season that concluded with a National Championship win for head coach Ed Oregeron.

As for Brown, he was a first-round pick for the New England Patriots and was able to beat out Cam Newton for the starting job in camp. While some Patriots fans had some reservations about this decision, Jones has done incredible work running the offense for head coach Bill Belichick. Jones came from Alabama, having helped the Crimson Tide win the natty last year.

According to the best rated online sportsbooks, Chase holds the best Las Vegas NFL odds to win Offensive Rookie of the Year, as he’s been set at -250. Meanwhile for Jones, he’s a bit of an underdog with his +200 odds. While New England fans are hoping that Jones gets the honor, we’re going with Chase as our pick. Agree? Check out our best NFL betting sites to place your wager.

Elsewhere, Cowboys star Micah Parsons is the lock for Defensive Rookie of the Year. Parsons is such a strong favorite, the odds haven’t even been released yet for Parsons to win DPOY. Folks, it would be the stunner of the century if Parsons didn’t take home the honor. What he’s been able to do for head coach Mike McCarthy has been out of this world.

Despite not being able to play in the Week 18 matchup against the Eagles due to testing positive for COVID 19, Parsons still was able to put up unreal stats for the team’s defense. Parsons closed the regular season with a head-turning 84 total tackles and 13 sacks. Those 13 sacks were far and beyond the most for a rookie defender in the NFL.

“I take complete pride in being the most versatile player in the NFL,” Parsons told USA Today in a recent interview. “I think I would put myself up there with the elite guys around the league in terms of impacting the game. It definitely hasn’t been a one-man job. The DBs help me a lot being able to hold the receivers so that way I can get the pressure and sacks and things like that.”

Out of Penn State, Parsons has plenty of pressure on him entering his first season in the league. Dallas defensive coordinator Dan Quinn has praised the play of Parsons ever since camp arrived and the star linebacker has lived up to the hype for months now. For Dallas to go on a deep run in the playoffs, they’ll need Parsons healthy. He’s 100 percent our pick for Defensive Rookie of the Year.

All three contenders will use the playoffs to increase their chances

It goes without saying, but all three contenders will use the playoffs to increase their chances. With the awards all set to be announced on Feb. 10, right before the Super Bowl, this will give Chase, Jones and Parsons several more games to put on a show and increase their popularity among the voters. While Parsons has his victory locked in, Chase and Jones can really make a statement.

For the Bengals, they’ll open the AFC Wild Card Round with a matchup against the Las Vegas Raiders. The Bengals are the favorites to win this one, as the expectation is that Cincy’s offense will be able to put on a show. If Burrow and Chase can showcase their usual kind of connection, you can expect quite the game from the superstar wideout vs. the Raiders.

As for Jones, he’ll have quite the tall task ahead of him in trying to upset Josh Allen and the Buffalo Bills on Saturday night. This is going to be one hell of a showdown, and Jones could really make a major statement if he’s able to help the Pats pull off an upset. All eyes will be on Chase and Jones on Saturday in their postseason debuts. We can’t wait to see how things shape out.