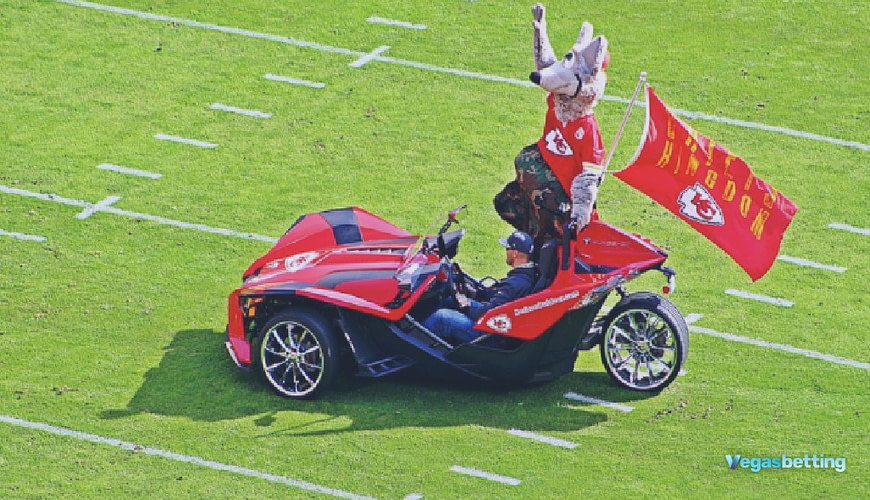 The fact that the halfway point of the NFL season has been reached is pretty amazing. Yet, here we are. With that said, there are some nice showdown games on the way this weekend. In this article, we have NFL picks for Week 9 of the season. Will the Kansas City Chiefs get another win, or will the team suffer a shocking result?

The Chiefs need to win again versus the Packers on Sunday

It goes without saying, but the Chiefs need to win again versus the Packers on Sunday. Kansas City is now 4-4 on the year after narrowly defeating the New York Giants on Monday night. The Chiefs have another opportunity to send a statement to the rest of the league that they’re starting to put it together.

This is a team that struggled all night against a New York team that was battling themselves as well as injury issues. Patrick Mahomes struggled again as Kansas City could never pull away on a night where they were double-digit favorites. At least, the defense played better as they yielded just 17 points to the Giants. Furthermore, the Chiefs needed to make a late comeback in the fourth quarter by rallying with two field goals just to win 20-17 and even their record on the 2021 campaign. Now, what about those numbers below for Week 9?

As for the Green Bay Packers, the NFC North team enjoyed their crowning moment of the NFL season so far by knocking off the previously undefeated Arizona Cardinals by the score of 24-21. The Packer’s much-maligned defense came up big when it had to. They held MVP candidate Kyler Murray to just 274 yards passing and two interceptions. The second pick sealed the game in Green Bay’s endzone.

Unfortunately for Green Bay, the Packers enter this one as significant underdogs. Why? Aaron Rodgers tested positive for COVID and will not be available for Sunday’s game. Jordan Love will start instead. The spread has been set at 7.5 points, with -110 odds that Green Bay covers, and -110 best NFL betting odds that the Chiefs cover.

The Raiders should beat the Giants this Sunday

Over on the East Coast, the Raiders should beat the Giants this Sunday from Met Life Stadium in East Rutherford, New Jersey. So, the battle of the Daniel’s is the headline that reigns supreme. Daniel Jones tries to defend his home turf versus Daniel Carr and Las Vegas. This will not be an easy game for Vegas. Cross country trips never are even in Week 9 of the NFL.

Vegas is in the midst of a solid year, which included a big road win over Denver in Week 7. In that game, Daniel Carr and the Raiders’ offense jumped out to a big lead quickly. Denver came back late but could never get closer than ten points as the Raiders ran out the clock. With that, Denver’s hopes of leading the AFC West were thwarted.

With New York, the team is hoping to notch some upset wins. Some seem to think that the New York Giants can keep this game close and even win. This Week 9 NFL pick holds more intrigue than most. Can the Giants mount enough of a lineup to pull off a victory? It is not quite as easy to discount this to be perfectly honest. New York showed last week in Kansas City that their defense can hold its own at times.

Per the Las Vegas sportsbooks, the Raiders are listed at -165, while the Giants come in at +155. Jones and the Giants are 2-6 and have absolutely nothing to lose. Will that be enough to get things done? We don’t think so, as we’re going with the Las Vegas Raiders as our pick. Do you agree? Check out our best NFL betting sites to bet some coin and make a wager.

The Chargers and Eagles should feature some excitement

The last game for Week 9 NFL Picks takes us to Philadelphia. The Los Angeles Chargers clash against the Philadelphia Eagles in another 4:00 game. I can’t wait for these two to meet, as the Chargers and Eagles should feature some excitement. These two teams need a win desperately. Los Angeles may need it more with the chance that Las Vegas could go to 6-2. These two teams appear to be evenly matched. Both have their issues on the defensive side of the ball.

The big question mark for Los Angeles will be Justin Herbert. Can he bounce back from a bad week 8? Los Angeles came out of the bye week, played okay, but lost to New England at home. Unfortunately, things do not get any easier for the Chargers as they fly across the country to Philadelphia. Herbert and the Chargers are resilient and now they are up against it.

As for the Eagles, it was thought that Jalen Hurts would be the quarterback to lead them forward. Sadly, that has not been the case. Hurts has struggled mightily at times along with the middle of Philadelphia’s defense. Los Angeles will enter this one with -130 odds, while the Eagles are now listed as +120 underdogs. This expects to be a back-and-forth affair with several lead changes. Ultimately, the Chargers are our pick as Herbert is the better quarterback.