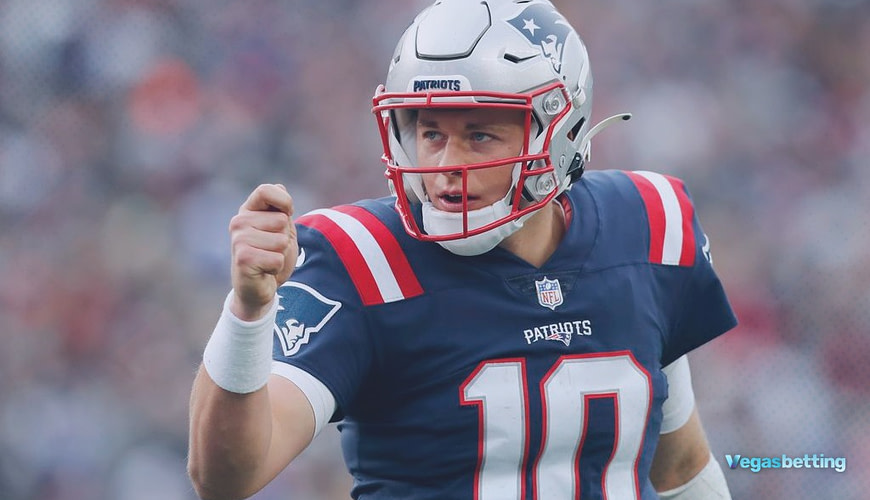 As we head towards December, it was a great time to look at more NFL Props. Some did expect the numbers to change a bit more heading into the final third of the season. However, there are currently two lead contenders with a third player on the fringe. That takes some of the buzz out of the Offensive Rookie Of The Year chase. On the other hand, maybe there is an unexpected twist or two that takes every sports bettor by surprise.

Will anyone be able to unseat Mac Jones? So far, Jones has helped New England to a 7-4 record and a tie for first place with the Buffalo Bills in the AFC East. Few expected that. Then, there is Ja’Marr Chase who has been electric for the Cincinnati Bengals and is on pace for well over 1,000 yards receiving and double-digit touchdowns.

NFL Offensive Rookie Of the Year Props By Numbers

The NFL Offensive Rookie Props tell us that there is still a long way to go. By the way, there are still seven weeks to go in the NFL regular season. It looks very much like a race between Mac Jones and Ja’Marr Chase unless one of the players lower down the list makes a huge and unexpected push.

It really does depend on the sportsbook too. The first, second, and third are pretty consistent across the board. After that, some books do not go beyond the fifth choice. For example, Justin Fields and Trey Lance were not even listed on BetOnline as they post five options to bet on. That’s it!

Now, what about those numbers for the top candidates in the NFL Offensive Rookie Of The Year Props?

Again from book to book, the indication is that this is mostly a two-player race. That is the point the numbers keep hammering in on. To be fair, Jones and Chase have been the top two choices since the end of September. That is a span of two months now.

The top focus for the NFL Offensive Rookie Of The Year Props is on Mac Jones. Why? It is simple. He puts up pretty consistent numbers typically. Jones has 14 touchdowns in 11 games which does not sound like much. The next three games for Jones could be pivotal. A home game versus Tennessee then two road clashes — one against division rival Buffalo and the other against conference foe Indianapolis. Fortunately for Jones, the Offensive Rookie Of The Year race is not dependent on NFL betting odds.

One piece of good news is that Jones gets a breather at last during Week 14. That week between the Buffalo and Indianapolis games could also prove very helpful for the New England rookie quarterback. Jones has had his moments of inconsistency but his 70.2% completion rate ranks second among all NFL quarterbacks. The most steady hand has been one of the reasons for the Patriots’ five-game winning streak.

It is not a secret that Jones likes playing in New England to pad his stats but the team numbers are best on the road. That sounds crazy and yet it is true. The Patriots are 2-4 at home but 5-0 on the road. It is expected that Jones will have to toss a few more touchdown passes the rest of the way away from Foxboro (three currently) and have a huge push against Jacksonville and Miami.

The New England Patriots quarterback has become our favorite to win the NFL Offensive Rookie Of The Year.

Mac Jonesto win the NFL Offensive Rookie Of The Year

Ja’Marr Chase and His Offensive Rookie Of The Year Chances?

Over in southern Ohio, Ja’Marr Chase and the Offensive Rookie Of The Year race have become a bit more intriguing as he slipped from being the favorite earlier in the month to the second choice at the end. This is a “Chase” that is far from over.

The Cincinnati Bengals wide receiver looked to be in great position, with a huge performances in Baltimore. That 201 yard game may have been Chase’s high-water mark. Since then, the Bengals’ receiver has had issues with drops and holding on to the ball. He was targeted 28 times in the last three weeks with just 12 receptions and only 113 yards. All rookies hit a wall at some point.

With Cincinnati, Chase needs to just hold on to the ball. Most believe the final seven games will give the young receiver more than enough of a challenge. It comes down to can Chase rise up to the challenge? That answer remains unknown. The Bengals face a tough schedule. Now, home dates against the Chargers and 49ers may offer a chance for Jones to have bigger days. That rivalry game against Cleveland may decide things. May.

So, Vegas online betting sites list Chase around -115 to +140. Here is the wide receiver’s biggest plus-number.

Ja’Marr Chaseto win the NFL Offensive Rookie Of The Year

Then there are the rest…

The rest of the NFL Offensive Rookie Of The Year choices all have their flaws. Here are some nice betting site bonuses from the bookies. Is maybe Najee Harris worth a shot?

The only wildcard remains Harris. Justin Fields and Trey Lance just are not significant enough factors to make a dent. Kyle Pitts and Atlanta are so far out of any races that relevance has become an issue along with decreased targets.

Harris needs an all-purpose effort like the first game against Cincinnati. If he does not see that then this becomes a two-player race the rest of the way. Even after that, the running back needs to string games together.

Najee Harris remains among the best value of the other Offensive Rookie Of The Year choices at +1550. He is our only long-shot pick.

Do not forget to look at the sportsbooks below.