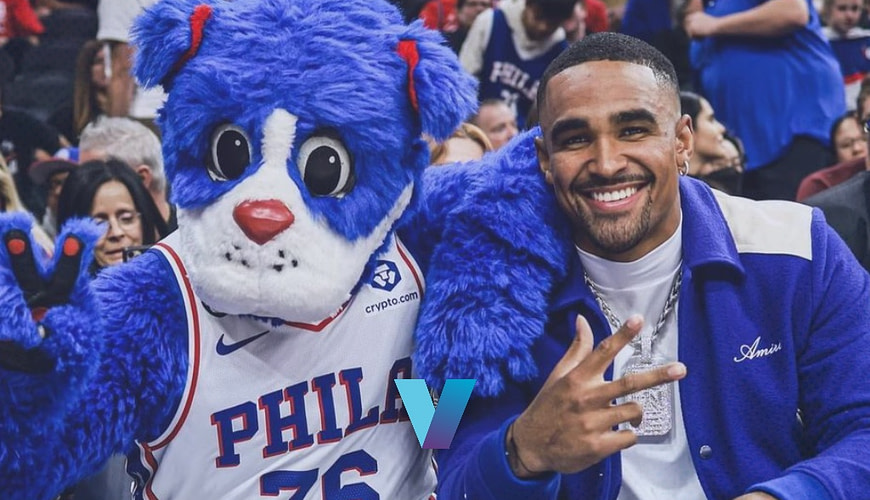 In head-turning fashion, we’ve seen many teams surprise so many of us this season in the National Football League, thanks to amazing play. More of the same is coming. There’s no doubt about that. In the piece, we have our NFL NFC Divisional picks for the second half of the 2022 season, with several tight races to watch. Who will enter the playoffs with confidence?

Eagles remain the strong favorites to win the NFC East

Despite Philly suffering a stunning home loss to Washington, the Eagles remain the strong favorites to win the NFC East. Indeed, people were shocked in Week 10 during Monday Night Football when the Commanders went to Philadelphia and managed to leave the stadium with a thrilling win. Something felt a little off on offense for the Eagles, with fumbles haunting them.

Jalen Hurts looked like his usual self, but his pass-catchers let him down by letting the ball slip out of their hands. With the Eagles no longer being undefeated, that fact stings a bit for the fanbase. However, this team is still loaded with talent, and the expectation is that they’ll still be able to make serious noise in the postseason. That’s not going to change.

The Dallas Cowboys and New York Giants are the biggest threats to winning the division over Philly. Dallas fell to 6-3 on the year, though, as they tripped to Lambeau Field and couldn’t take down Aaron Rodgers and the Green Bay Packers. It was disappointing for Dak Prescott and Co., but they’re also a strong force to keep in mind. The same can be said for the Giants.

According to the best-rated sportsbooks, which includes the reliable Bovada review, the Eagles currently hold -350 NFL betting odds to win the NFC East. The Cowboys are at +450, the Giants are +900, and the Commanders are at +1800. One slip-up isn’t going to haunt the Eagles. We’re going with them as our pick to win the NFC East. Agree? Check out our NFL betting sites to get a wager in.

Tom Brady will win another division title in 2022

As fans have grown so used to seeing, Tom Brady will win another division title in 2022. Despite retiring the last off-season, things didn’t last long, as Brady realized he missed the game too much. There was a bit of a rocky start for him and the Tampa Bay Buccaneers to kickstart the fall, it feels like this team is getting back on track at the right time.

In Week 10, Tampa Bay traveled to Germany to take on the Seattle Seahawks. Brady and Co. was the first squad to record a victory in Germany. It was a lot of fun for the team’s supporters, and of course, Brady played sharp. Despite being well into his 40s, TB12 is playing at a great level. That’s expected for the rest of the year.

The Falcons and Saints are another competition for the Bucs to win the NFC South. No disrespect to the Panthers, but there’s no way they will be able to turn their season around. They are a mess in all three facets of the game, and they surely miss star running back Christian McCaffrey, who was traded a few weeks back to the 49ers.

Per the oddsmakers, the Bucs have -420 odds of winning the NFC South. It feels like a miracle will be needed for anyone to get in the way of Brady not only winning the division but also improving his Super Bowl betting odds at the end of the regular season. Look for Tampa Bay to make a splash in the coming weeks. Yup, the Bucs are our pick.

This might be a bit of a bold prediction, but we think the Seattle Seahawks will stun the 49ers to win the NFC West. No one, and we mean no one, expected the Seahawks to be at 6-4 right now. With Geno Smith taking over as the starting quarterback, the expectation was that this unit would take a step back. Despite the loss to Tampa Bay, Seattle has been quite impressive.

The 49ers have been up and down, and their defense has saved them. The loss of former first-round pick Trey Lance has been tough to see. Jimmy Garoppolo has veteran experience but doesn’t have the same kind of mobility as Lance. This is something coach Kyle Shanahan is still getting used to.

These two teams will go back and forth in the NFC West race for the rest of the year. San Francisco is the favorite at -220, but Seattle is right behind at +200. We don’t think Arizona or the Rams will be able to go on a late run. This will come down to Seattle and San Francisco, and we’re going with the Hawks as our pick.