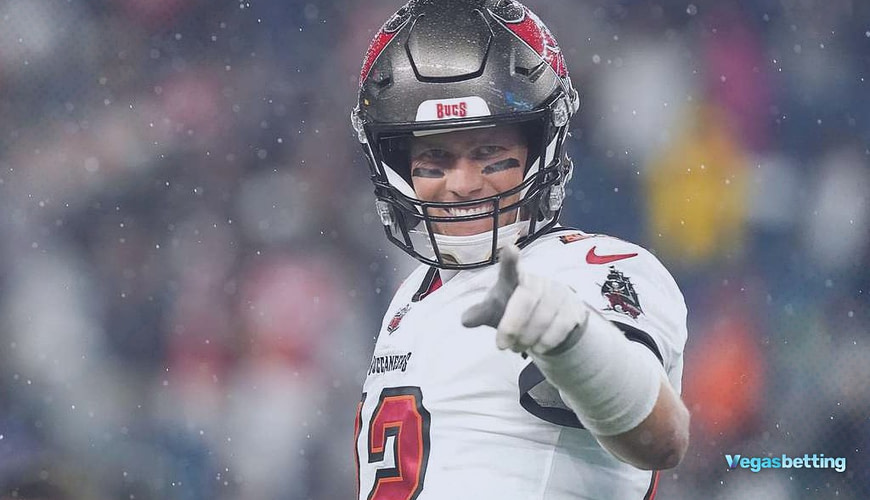 This Monday night, Raymond James Stadium will light up in Tampa Bay. That is because the Giants and Buccaneers will do battle on Monday Night Football to close out Week 11. Tom Brady and Tampa Bay will be primed to host Daniel Jones and the New York Giants in what should be a solid game. The Giants have been mostly a disappointment this year.

Now, the Buccaneers have won six of their nine games even though there was that road mishap in Washington last week. This article features our NFL MNF picks for Week 11’s Giants vs Buccaneers. Will Tom Brady be able to bounce back against the New York Giants?

Buccaneers are big favorites to win this Monday night

Heading into this NFC clash, the Buccaneers are big favorites to win on Monday night. Tampa Bay leads the NFC South but must keep winning. The New York Giants have won two of three games but are four games off the lead in the NFC East. Injuries and inconsistencies derailed New York’s season early. Also, Tampa Bay has lost consecutive games after dropping a 29-19 decision to the Washington Football Team last week.

While Tom Brady is one of the best quarterbacks of all time, the problem is occasionally Tampa Bay gets too predictable passing the ball. Teams can start to time some of their plays and the result can be the occasional miscue along with stalled drives. That is what happened last week in Washington. Brady threw for just 220 yards, and endured a second consecutive week of throwing two picks.

Tampa Bay was just off last week. Coming off a bye week did not help as the Buccaneers mustered less than 300 yards of total offense and made several mistakes. Their defense was not bad but those miscues put them in bad position and hence allowed 29 points. New York was on a bye week last week but forced three turnovers to triumph 23-16 at home over the Las Vegas Raiders.

Who is our MNF Week 11 NFL Moneyline Pick?

The best online betting sites feature Tampa Bay holding -500 NFL odds to leave the field with a seventh win, while the Giants roll in at +400. With Daniel Jones 0-for-Primetime and Tampa Bay being 4-0 at home. Tampa Bay should be able to win this divisional game, which is why they are our moneyline pick to be 5-0 by Monday night’s end.

Will the over or under hit between the Giants and Buccaneers?

A question many fans are going to ponder is will the over or under hit between the Giants and Buccaneers? Normally, we’d go with the under here because the Giants, when they lose, can lay some colossal eggs. However, they have been pretty entertaining in the two primetime games this year. New York is 0-2 but has lost by just a combined four points. They did score 29 points on Washington in Week 2.

The last time Tampa Bay played at home was going up against the Chicago Bears in Week 7. In that victory, Tampa Bay piled on the offence with 38 points. Stafford broke the 300-yard passing barrier (305) and tossed three touchdowns. The Buccaneers ran for a season-high 182 yards in that game — led by Leonard Fournette who racked up 81 himself on just 15 carries and a touchdown. The weeks before saw Tampa Bay score 45 points versus Miami and then 28 points on the road against Philadelphia on a Thursday night.

New York can be dangerous at times too because they can occasionally put up some points. They have scored 25 or more points three times in nine games. That does not sound all that impressive but injuries have wrecked New York’s season. With Saquon Barkley and a few other threats returning, New York may be just dynamic enough to score some points at the very least.

The Giants being 3-6 this 2021 season is something that should surprise no one. Our prediction is that Tampa Bay will end up winning a 34-20 win on Monday night, which would cover the over/under of 49.5 points. The over has -110 odds, while the under also has those same odds listed. We’re smashing the over! Is this a bet that most experts and bettors agree with? Check out our finest NFL online betting sites and place some dollars on this tilt.

Giants and Buccaneersto hit the over

Look for the Buccaneers to stretch the Giants out

With Tampa Bay looking to go 7-3 on the year, expect the Buccaneers to stretch a rested Giants defense out. Tom Brady does not always throw the prettiest deep ball but any route from 15 yards and less can be just as deadline. Occasionally, Brady can get a deep ball to Chris Godwin or Antonio Brown. New York may be a few steps slow in the early going and Tampa Bay will take advantage of that.

The Buccaneers’ defense can be a bit vulnerable too. After all, they have yielded a total of 65 points in the last two weeks (technically three — bye week).There is something to where Daniel Jones and his wide receivers should be able to find opportunities to exploit like they did versus Kansas City and Las Vegas. Again, this could be a close game heading into the fourth quarter where Tampa then pulls away.

Now, the odds for Tampa Bay to score more than 30.5 points is -115. The Buccaneers score an average of 31.2 points per game on the season and again have tallied 111 points in their previous three wins. That number comes out to 37 points a win. Considering New York allowed 44 points to Dallas and 38 to Los Angeles, 31 points is not so unreasonable in what could be a higher-paced game. Take the Tampa Bay team over at 30.5.

Our MNF Week 11 NFL Picks end with taking Los Angeles, then the over, and finally the Tampa Bay over.