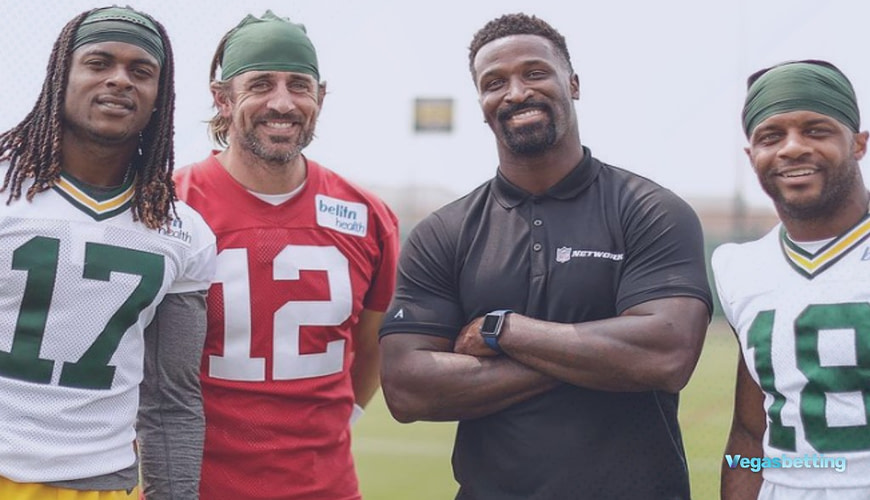 Just like that, we’ve reached the final week of the NFL regular season. There have been so many head-turning performances, and now teams are ready to lock in the final spots for the playoffs. Who will end up winning the Super Bowl? In this article, we have NFL futures picks heading into Week 18, and we’re no question going with Aaron Rodgers to win it all for the second time.

Packers have a great shot of winning the Super Bowl

If you love how Green Bay has looked this season, then you already know that the Packers have a great shot of winning the Super Bowl. Matter of fact, the Packers have the No. 1 NFL Las Vegas odds to win it all, as the best rated online sportsbooks have them listed at +380. Behind them are the Chiefs, Buccaneers, Bills, Rams and Titans. Several teams are in the mix.

Having said that, Green Bay has looked unreal in recent weeks. In the Sunday Night Football win over the Minnesota Vikings, Aaron Rodgers and Davante Adams were brilliant once again. Rodgers finished with two touchdowns, with his second one going to Adams. On the night, Adams posted 11 receptions for 136 yards and his score. These two are on another level right now.

Defensively, Green Bay has also been fantastic too. Rasul Douglas’ midseason signing has proven to be a hidden gem. On the line, pass-rusher Rashan Gary has been nothing short of terrific. He flies through would-be blockers to put pressure on quarterbacks. It has been fantastic to see for the entire coaching staff as a whole. Gary, from the University of Michigan, has really lived up to his first-round billing from Day 1 with the Packers.

After the season-opening loss to the New Orleans Saints and Jameis Winston, countless people wrote the Packers off. Now, though, the team is 13-3 on the year and they’ve already locked in the No. 1 seed in the NFC for the postseason. With home-field advantage too, that’s only going to help the Packers. They’re our pick to win the Super Bowl. Agree? Check out our best NFL betting sites to get a wager in.

Who could the Packers end up meeting in the Super Bowl? Well, the Chiefs and Bills are the favorites to meet in the AFC Championship Game. This would be a rematch of the showdown last year, with Kansas City taking down Josh Allen and Co. Kansas City of course ended up totally blowing it in the Super Bowl, losing to the Tampa Bay Bucs.

Looking ahead to this year, though, it really could be an unreal game between Buffalo and Kansas City. You already know the Bills are going to be motivated to record a win. Luckily for them, Buffalo’s offense has looked outstanding. Allen can hurt you with his arms and wheels, while running back Devin Singletary has looked sharp running the ball the past two weeks.

As for the Chiefs, Patrick Mahomes is in the middle of another huge season for this team. As is Travis Kelce, Tyreek Hill and others. The worry here is with Clyde Edwards-Helaire, as the star running back is battling through an injury. With him missing Week 17, Darrel Williams stepped in and scored two rushing touchdowns. That of course was awesome for KC supporters to witness.

According to the oddsmakers, Kansas City has +210 odds to win the AFC, while the Bills have been set at +350. Should this be the AFC title game, it’ll surely be a contest to remember. While Mahomes and the Chiefs might be favored here, we think Buffalo surely has what it takes to record an upset win. Yup, we’re going with Buffalo to win the AFC this year.

Buffalo Bills to win the AFC

Raiders and Chargers battling it out for a Wild Card spot

In terms of the playoffs, both Las Vegas and Los Angeles are hoping to sneak in. Come Sunday Night, we indeed have the Raiders and Chargers battling it out for a Wild Card spot. Basically, whoever wins this contest will move on to the postseason, while the loser will end up watching things from home on their couches. Oh, there’s plenty of drama here.

Both teams kept their hopes alive in Week 17, earning wins. The Las Vegas Raiders tripped to Indianapolis to beat the Colts, while the Chargers beat the Broncos. While Las Vegas is the home team in this one, the Chargers are the favorites. Derek Carr will hope to try and silence his haters and help his team get to the playoffs, but Justin Herbert has other ideas.

For Los Angeles, the offense will need to play like its usual self, while the defense will hope to try and silence Josh Jacobs and the Raiders ground game. That won’t be an easy task, but we do think that the Chargers will find a way to come away with a strong win. It’ll be a close game, but we’re going with the Chargers as our pick to get the win and advance.

Chargers to beat the Raiders