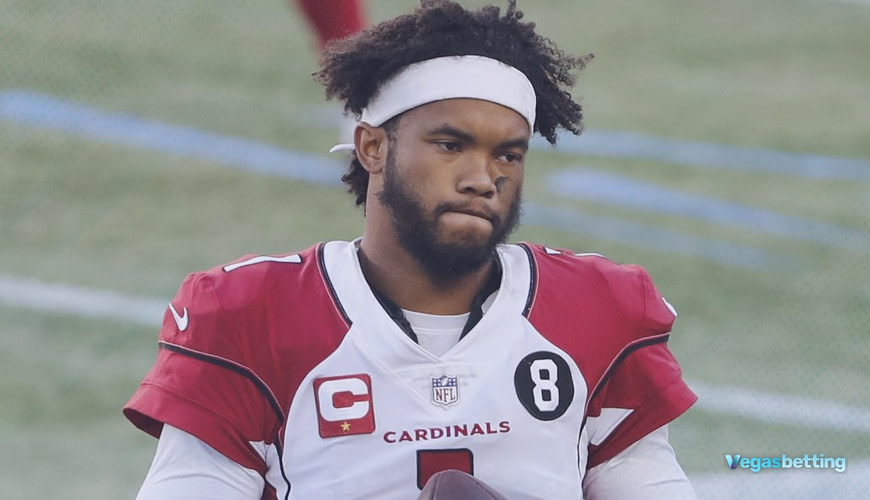 The NFL regular season has eight weeks to go. With that said, there are some solid clashes this weekend that will entice the fans. In this article, we have NFL picks for Week 10 of the season. Will the Arizona Cardinals need Kyler Murray? Oh, will it matter? Will he play? There are plenty of questions.

The Cardinals need to defeat the Panthers on Sunday

Even with an 8-1 record, the Cardinals need to win versus the Panthers on Sunday. The problem is that the Los Angeles Rams are nipping at Arizona’s heels with a 7-2 record. The Rams did stumble at home last week to the Tennessee Titans of all teams. However, that can happen to Arizona again if they are not careful.

The Cardinals, even with their injury issues, did not struggle against the San Francisco 49’ers last week. Colt McCoy was effective at quarterback. Then James Connor provided quite a lift in place of Chase Edmonds as he racked up nearly 100 yards and a couple of touchdowns. Arizona raced out to a 14-0 lead and never looked back en route to a rather routine 31-17 win in San Francisco.

Arizona held San Francisco to 39 yards rushing and the Carolina Panthers had their issues last week versus New England. They mustered just 78 yards and most of that was early. Now, what about those numbers below for Week 10?

As for more on the Carolina Panthers, the NFC South team must feel like 3-0 was a lifetime ago. Since then, Sam Darnold and Carolina have been befallen by inconsistent play and too many mistakes on both sides of the ball. The Panthers are now 4-5 and in danger of missing the playoffs. Worse, their starting quarterback seems to digress week after week. Even the return of Christian McCaffrey helped little last week. Darnold missed too many passes. With a fractured scapula, Darnold is out and P.J. Walker is in. It makes little difference.

Take the Arizona moneyline and spread over Carolina Sunday

The Panthers enter this one as double-digit underdogs. Why? It is simple. Carolina can barely move the ball on offense and has looked awful against New England and the New York Giants on consecutive weeks. The spread has been set at 10.5 points, with -110 odds that Carolina covers, and -110 on the NFL’s best Vegas betting odds that the Cardinals cover.

The Arizona Cardinals will cover with or without Kyler Murray on Sunday over the Carolina Panthers. Take the moneyline too.

The Broncos should beat the Eagles this Sunday

Over in the Rocky Mountains, the Broncos should beat the Eagles this Sunday from beautiful Denver, Colorado. So, this will not be easy for Denver but they did shock quite a few pundits by going up on the Dallas Cowboys by 30 points at one juncture last week. Dallas scored some points in garbage time but it was a dominant performance by the Broncos that few could have seen coming.

The Broncos have bounced back, which includes consecutive wins to get them back over .500. Teddy Bridgewater has seen deep-threat Jerry Jeudy come back which has opened up the offense. This has allowed Melvin Gordon to make the Denver Broncos a balanced threat like they were in September.

With Philadelphia, the team is hoping to notch some upset wins. Some seem to think that the Eagles can keep this game close and perhaps win. This Week 10 NFL pick holds more intrigue than most. Can the Eagles mount enough of a lineup to pull off a victory? Jalen Hurts and the Eagles’ offense can stay close. It comes down to the fourth quarter

Per the NFL Betting Sites in Las Vegas, the Broncos are listed at -150, while the Eagles come in at +130. Hurts and the Eagles are 3-6 and have zero to lose. Will that spark an upset? Hell no! We’re going with the Denver Broncos at home as our pick. Do you agree? Check out some of these nice Vegas betting sites bonuses and get in on the action!

The last game for Week 10 NFL Picks takes us to Las Vegas. The Kansas City Chiefs battle against the Las Vegas Raiders in the Sunday Night Football game. I am stoked for this, as the Chiefs and Raiders should crank up the Week 10 NFL intensity. These two teams both need a win desperately. Las Vegas may need this win even more than Kansas City as the Raiders started 5-2 last year and still missed the playoffs.

The big question mark for Kansas City will be Patrick Mahomes. Can he keep his foot on the gas pedal at the right times then let off when things get too fast? Mahomes saw an improved defense on the opposite side of the ball last week. It means the quarterback does not need to constantly score touchdowns at a frenetic pace just to win. It may not have been pretty but that 13-7 win by the Chiefs over the Packers may have saved their season. Now, Mahomes can get to work offensively.

As for the Raiders, it appeared that they had an easy road win last Sunday against the New York Giants. Unfortunately, Las Vegas bungled that game away and perhaps their division lead. Derek Carrhas struggled mightily during the second half of the past few seasons. Kansas City will enter this one with -145 odds, while the Raiders are now listed as +125 home underdogs. This expects to be a wild game but Kansas City and Mahomes should pull out this one late and is our pick.