Rams Rise to Top in Futures

Top picks are starting to emerge on the NFL betting lines for the next Super Bowl champion.

With a month left in the regular season, the Los Angeles Rams (11-1) have the best record in the league and are the current favorites (+300) to win their first league championship in 20 years when the team played in St. Louis (odds provided by Bovada).

The two conference champions will meet in Super Bowl LIII, to be held Sunday, Feb. 3, 2019, at Mercedes-Benz Stadium in Atlanta, Georgia. This will be the third Super Bowl in Atlanta.

A future bet is a wager that is placed on upcoming event that will take place in the coming weeks or months. Future betting lines change throughout the season, depending upon the performance of the team and the amount of money being wagered on that team. Your odds, however, are fixed once you make a bet.

The top three Super Bowl contenders in the NFC are the Rams, Saints and Chicago Bears (+2000). The trio leading the AFC are the Chiefs, Patriots and Houston Texans (+1600).

• Los Angeles Rams (11-1 record) — L.A. has a fantastic offense with two MVP candidates in QB Jared Goff and running back Todd Gurley, who leads the league in scoring. The Rams’ defense gives up a lot of points, though, and ranks 18th overall.

• Kansas City Chiefs (10-2) — It seems like the Chiefs put up 40 points every game. But scoring is not their problem. Stopping the other team has become a big issue. The Chiefs tallied 51 points against the Rams … and lost. QB Patrick Mahomes is a great, young player, but he hasn’t won a big game yet.

• New Orleans Saints (10-2) — QB Drew Brees, at 39 years old, is having a career year. The Saints are tied for second in points scored and have a league-best +150 point differential. Brees and head coach Sean Payton won a Super Bowl in 2010.

• Houston Texans (9-3) — This is the hottest team in the league, currently riding a nine-game winning streak after losing their first three to start the season. Second-year QB Deshaun Watson seems to improve with every game. Their Top 10 defense is one of the best against the run.

• New England Patriots (9-3) — Father Time just doesn’t seem to catch up to 41-year-old QB Tom Brady and head coach Bill Belichick. The Patriots, who seem to be among the Super Bowl favorites every year, have won two of the last four championships. Their 3-3 road record may be a problem, however.

• Chicago Bears (8-4) — This is the first winning season for the Bears in six years. Second-year QB Mitchell Trubisky leads a capable offense, but this team is doing most of its damage on defense. Khalil Mack, who was acquired in a trade before the season, leads the No. 4 defense in the NFL. 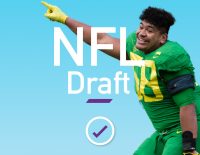