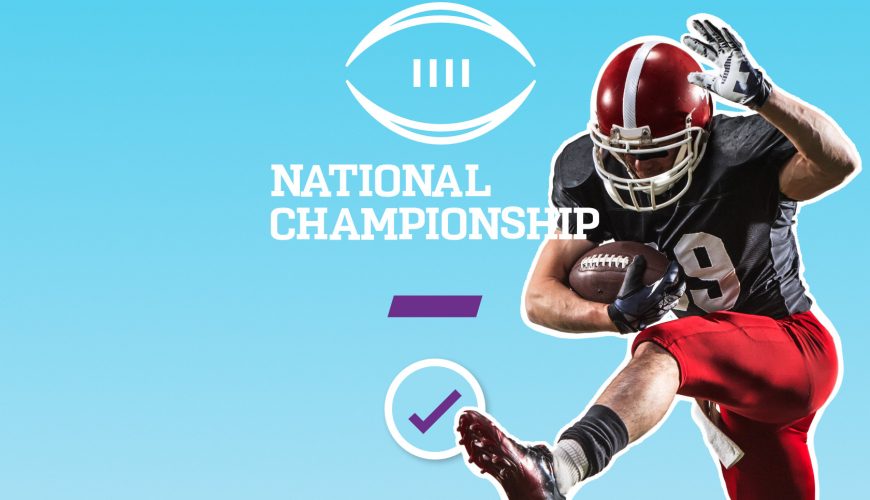 Home » News » Alabama vs. Ohio State odds and picks for the National Championship

Folks, in what has been a wild, shortened college football season, only two teams remain in the hunt to win the title: the Buckeyes and Crimson Tide. With the title game all set for Jan. 11, we’ve got your Alabama vs. Ohio State odds and picks for the National Championship all set for you. In this battle of two titans, which team will come out on top?

Alabama has opened as a touchdown favorite over Ohio State

As you might expect, the Vegas sportsbooks have strong belief in Nick Saban’s young men, as Alabama has opened as a touchdown favorite over Ohio State. Indeed, Alabama is at -7.5 and Ohio State is listed at +7.5 for this showdown. Ohio State will be looking to record an upset once again.

In the semifinals, Ohio State was a massive underdog going up against Trevor Lawrence and Clemson. However, powered by Justin Fields, the Buckeyes were able to dominate and captured a 49-28 victory. The two teams were tied 14-14 after the first quarter, but Ohio State really owned play the rest of the way.

Meanwhile for Alabama, they took on Notre Dame in the semis and had no trouble whatsoever coming away with a big win. In that matchup, the Crimson Tide left the stadium with a 31-14 victory. Looking ahead to the title game, the expectation is that ‘Bama will be able to win another national title under Saban.

So, what’s the smart pick? There’s a reason Alabama has high odds and is favored by 7.5 points. The offense has looked unreal with Mac Jones and Najee Harris leading the way, while receiver Devonta Smith may be the most electrifying player in all of college football. Alabama is our pick to win the national title.

Can Ohio State cover the spread and keep this game close?

Entering the big-time contest on Jan. 11, basically everyone thinks that Alabama will cruise to an easy win and potentially beat Ohio State by more than 10 points. However, the point spread has been set at 7.5 points. The question begs, can Ohio State cover the spread and keep this game close?

For a national title game, 7.5 is a lot of points. While we think that Alabama will go on to win the title, we strongly believe that Ohio State will be able to keep this one close, with things coming down to the wire late in the fourth quarter to decide who will end up being the champion.

Ohio State’s offense really is too good for Alabama to run away with this one. Fields showcased just how great he is in the win over Clemson, with many out there now saying he’s a better quarterback than Lawrence. That’s a discussion for another day, but Fields really turned heads going up vs. the Tigers.

In order for the Buckeyes to cover the spread against Alabama, Fields will need to make plays with both his arm and wheels. In the win over Clemson, Fields finished with 385 yards and six touchdowns, while he added 42 more yards with his feet. If he can have another grand showing, OSU can cover. That’s our pick.

Who will be named Offensive MVP of the National Championship?

While there are going to be countless prop bets out there for fans to take advantage of, one question plenty of folks have on their minds is who will be named Offensive MVP of the National Championship? Once Ohio State and Alabama both take the field, several players will be in the running to win it.

Starting with Alabama, you’ve got guys like Harris, Jones and Smith who all have the potential to put up huge numbers and take home the honor. Against Notre Dame, Jones threw for 297 yards and four touchdowns, Harris ran for 125 yards and Smith had 130 receiving yards and three scores.

Meanwhile, for Ohio State, Fields would no question be the leading candidate for the Buckeyes, as his six touchdown passes against Clemson really stole the show. With that being said, don’t forget about running back Trey Sermon, as he rushed for 193 yards and a touchdown. He’s a great runner.

While picking one offensive playmaker out of the group is so difficult, we’re going to pick Smith. His abilities at receiver really is out of this world and he’s got NFL general managers drooling across the board and the thought of drafting him. On Jan. 11, he’s our pick to have another massive game and win offensive MVP.