With the regular season all wrapped up in college football, folks have shifted their focus to the College Football Playoff and who will end up going on to win it all. Will it be Georgia, Alabama, Michigan, Cincinnati or someone else? In this piece, we have NCAA futures picks for the 2021 National Championship. With so many teams in the mix, who will end up getting the job done?

The college football national title really is up in the air

As we get ready for the playoff to arrive, the college football national title really is up in the air right now. With so many teams in contention, it’s really hard to try and figure out who will be the one to capture the glory. Historically, Alabama is typically always the favorite to come out on top. With that said, it’s been a bit of a strange year for Nick Saban and Co.

Former 5-star recruit Bryce Young has taken over the offense. While he’s been sensational at times, he’s also looked pretty young at the same token, struggling against the competition. This was showcased in the Iron Bowl, as the Auburn defense really gave him fits from start to finish. Alabama nearly suffered a stunning loss, but they forced overtime and they were able to win late, helping their College Football Playoff odds stay alive.

On top of that, the offense really hasn’t looked as potent as usual. This could prove to give them fits in the CFP, if they even make it. They’re set to face Georgia in the SEC title game. With a loss to the Bulldogs, Alabama could be on the outside looking in for things. With Georgia, they’re the No. 1 team in the country and for good reason. They’re loaded on both sides of the ball.

On top of Georgia and Alabama, Michigan and Cincinnati are also ready to try and make plenty of noise. Michigan is fresh off its win over Ohio State in that massive rivalry game. Right now, Georgia has -250 NCAA football odds to win the national title, while Alabama is +800, Michigan is +900, Oklahoma State is +1400 and Cincinnati is +1600. With so many teams in the mix, who should be considered the favorite?

Georgia is our pick to win the National Championship this January

While many out there think that Alabama is set to win it all, Georgia is our pick to win the National Championship this January. Is the time finally coming for Kirby Smart? The veteran head coach is yet to win the title with the Bulldogs. For Georgia as a whole, they haven’t won the natty since 1980. They made the final recently against Alabama, but lost a heartbreaker to the Crimson Tide.

With that said, we really think Georgia can get it done this year. The Bulldogs are 12-0 this season, as they’ve played close to perfect football from start to finish this season. No one has been able to defeat Georgia, with both the offense and defense looking sharp. On offense, Stetson Bennett has started the majority of the games for the Bulldogs, but J.D. Daniels is also back from injury. His number could be called down the road.

Defensively, you can’t forget about how stout the unit is, especially up front. The Georgia front-seven is among the best in the country. That’s going to be big for them when they try and win the natty. Again, Georgia has -250 college football national championship odds, which is No. 1 in the country. It’s going to be a tough road, but we think they’ll win it all. Do you agree? Check out our college football betting sites to get a wager in.

Georgia to win the National Championship

North Dakota State is the favorite to win the FCS Championship

While all eyes are on the FBS title, don’t forget about the FCS here. With that said, North Dakota State is the favorite to win the FCS Championship this winter. North Dakota State is one of the most exciting teams in FCS history, and they’re ready to try and bring home the title once again. This wouldn’t come as a surprise whatsoever, as they truly are a powerhouse.

Matter of fact, North Dakota State has won 16 overall national titles. At the Division-I FCS level, they have won it all eight times, including three straight from 2017-2019. Now, will North Dakota State be able to get the job done for the 2021 season? That’s most certainly what their fans are hoping for, but there are several other teams out there ready to do the same.

Other teams in contention include Sam Houston State, James Madison, South Dakota State, Villanova and others. With that said, North Dakota State holds the best odds at +180. This tells you that the Las Vegas sportsbooks have a strong belief that they can win yet another national title. From our chair, we think that NDSU will be able to pull it off. We’re going with them as our pick. 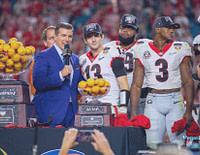 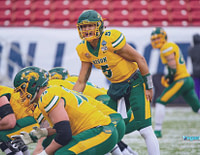 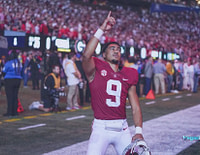 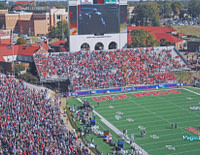