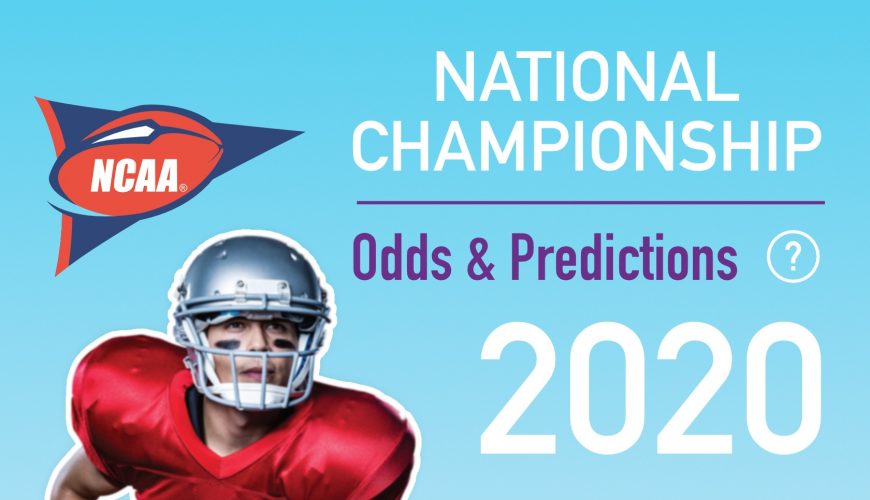 The two best quarterbacks in the country in Joe Burrow and Trevor Lawrence square off with the college football national championship on the line on Monday, Jan. 13 at the Mercedes-Benz Superdome in New Orleans, Louisiana.

Game time is 8 p.m. The championship will be shown nationally on ESPN and streamed live online.

The LSU Tigers opened as 3.5-point favorites to capture their first national title since 2007. The betting line has continued to widen with the SEC champions currently listed at 6.5-point favorites (2020 National Championship odds provided by Bovada). The Tigers are -220 on the money line.

The Clemson Tigers, winners of 29 straight games, have not lost a matchup since New Year’s Day 2018. The ACC champions are currently +180 on the money line. It’s the first time this season the team from Clemson, South Carolina has not been favored.

The betting lines on the two undefeated teams can change as game time approaches, but your odds are fixed if you wager right now at Las Vegas sportsbooks or online at top-ranked sites like BetNow and GTBets.

Both teams are 14-0 going into the championship. LSU is hoping to win its first CFP title. Clemson is gunning for its second consecutive title and third of the CFP era, which started in 2014.

The final will be like a home game for LSU, which is located in Baton Rouge — about 100 miles northeast of the Superdome. The No. 1-ranked team in the country won 11 games this season by more than a touchdown, including a dominating 63-28 victory over Oklahoma in the national semifinal.

Burrow — the Heisman Trophy-winning quarterback and likely No. 1 pick in the upcoming NFL draft — is the engine that drives this high-powered offense which has beaten six Top 10 teams this season and averages 564 yards per game.

“We go into every game thinking nobody can stop us,” Burrow said of the Tigers, who are 9-4-1 against the spread. “We think we need to score on every drive. That’s just the way we think.”

Burrow leads the nation with 55 touchdown passes against just six interceptions. The six-foot-four senior has thrown for more than 5,200 yards in what should be a high-scoring championship.

Third-ranked Clemson, which is 11-3 against the spread and almost a touchdown underdog in national championship odds, has an excellent QB of its own in Lawrence. The six-foot-six sophomore has 36 TD passes against eight interceptions. He’s also ran for eight touchdowns, including a 67-yard score against Ohio State in the national semifinal which the Tigers won 29-23.

“We’re one of the youngest teams in the country, played the most freshmen of anybody in the country, and we just grew throughout the year,” head coach Dabo Swinney said. “But we really dominated 12 of our 13 games prior to this playoff, and that’s really all you can do is play the schedule that you have.”

This is the biggest test of the season for a young Clemson squad, which has only faced three ranked teams. LSU is loaded with talent on both sides of the ball and has already proven it can win the big game as the Tigers beat Alabama and Auburn in November.

VGB’s pick — LSU (-220). Clemson must put pressure on Burrow and win the turnover battle or this could be a long night for the defending national champions.