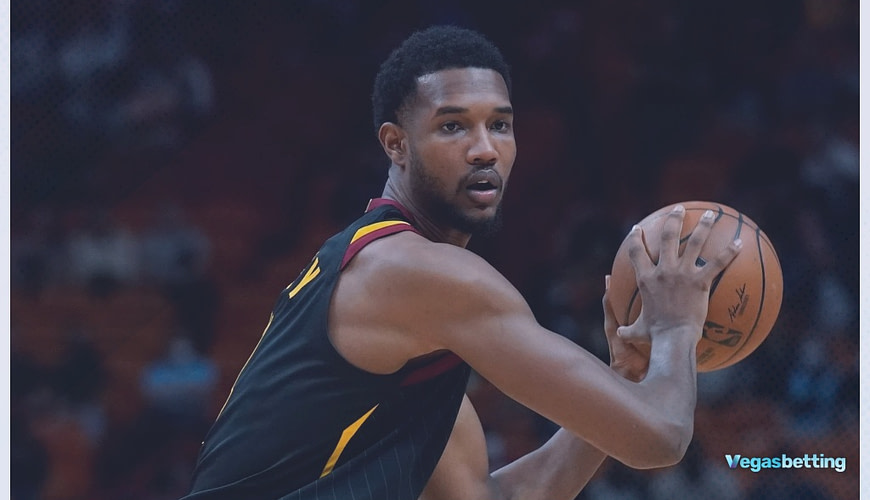 As the NBA betting sites continue to buzz, fans can now see some of the updated futures and bets that are starting to come into focus. In this article, we have our NBA Rookie of the Year Updated Odds for the 2021-22 season. Will Evan Mobley or Cade Cunningham take the top honor? Or is there value from another candidate? Will Scottie Barnes carry his momentum and crash the party? Let’s take a closer look.

The number three pick in the NBA draft has asserted himself in his first year with the Cleveland Cavaliers. Oddsmakers have grown to love the Cleveland power forward. An early contender when it came to pundits for NBA Rookie of the Year was Evan Mobley. His odds started around +1100 on some sites as the NBA Season opened. There were a few concerns with Mobley but as it turned out, most of those were unfounded.

Playing on the Cleveland Cavaliers was thought to be a bit of a problem in itself. It was widely suggested Mobley would eventually have a prominent role. The problem was battling with depth. As things turned out, Mobley asserted himself throughout training camp. He made it clear that the power forward was going to start at the 4 and that would be that.

USC developed him well and even let him practice at the 4 or 5 positions (center) occasionally. This gave him the opportunity to match up against some much stronger talent. It was to improve his post-up skills as that is something he has shown in the NBA. So, that is why the updated props have tilted toward Mobley so much. It is that consistency he showed at USC which has translated surprisingly well to Cleveland.

The fact that he has exceeded expectations is surprising enough. Add in that the Cavaliers are 26-18 and fifth in the East is in big part to Mobley.

This is where the debate for NBA Rookie of the Year Updated Picks begins. Naturally, there are a couple other candidates out there like Scottie Barnes and Cade Cunningham. Even Jalen Green is lurking in some circles.

It is easy to see why Mobley is an increasing favorite. The team around him combined with his all-around ability especially on the defensive end elevates his status. Therefore, Evan Mobley is our updated pick for NBA Rookie of the Year.

Can Scottie Barnes Make A Second Half Charge?

As January continues, Scottie Barnes makes some sense to contend for NBA Rookie of the Year for several reasons. His odds, at least, do not vary too much (+240 to +300). There is some room for shortening of the odds should Barnes progress.

It boils down to the second half. Barnes is averaging 14.5 points per game, 7.9 rebounds, and 3.5 assists per contest. The Toronto Raptors rookie is playing 35.5 minutes per game which is more than Mobley even.

However, the past few weeks have unearthed a valid concern. Barnes has not been scoring well and was even held out of a few games along the way. Is there even a chance that the forward falls out of contention for Rookie Of The Year?

If the All-Star Game was not still a month away, there would be more safety with keeping Barnes as a top contender. Other players are starting to pass him or have done so already. His last four games have seen him shoot less than 36% from the field in each contest. That has to cause some pause here.

For the NBA Rookie of the Year, our best bet is to look at other contenders who have some longer odds perhaps.

Cade Cunningham could still win this

The number one draft pick is still in the NBA Rookie of the Year race. The one thing that Cunningham has that the other top picks do not is that ability to grow with a very young team. He has gradually improved parts of his game — including defensively. He is averaging 15.7 points per game and almost six assists per contest. That goes with 5.3 assists per night.

The Detroit Pistons got a very good player in Cunningham at one. He landed there and again, has his fair share of growing pains. There are quite a few outings where he fails to even shoot 30% but one sees the flashes. Cunningham currently has 68 points in his last three games while shooting greater than 50%. In those last two games, the point guard has turned the ball over just twice.

The other thing going for Cunningham is he is ranging wildly from +300 to +600 currently. Also, the Pistons are not going anywhere near the playoffs. It will allow Cunningham to mature and grow plus score.

Out of the challengers, Cade Cunningham still is the among the top two NBA Rookie of the Year candidates.

Bookmakers like MyBookie seem to be going a bit shorter with their odds. A couple of players went off at a number less than some of their sportsbook counterparts.

Even with Cade Cunningham, MyBookie offers +340 but BetUS is at least +550. Scottie Barnes is just +246 on MyBookie but is +300 on BetUS and lengthening for example.

Are there any medium shot futures?

Of course, there is. One player to look at has to be Franz Wagner. The +800 odds for this prop are enticing and Wagner seems to be getting better. The Orlando small forward could enjoy a big push in the second half.

Our Bet for NBA Rookie of the Year…

Take Evan Mobley from the Cleveland Cavaliers to win the Rookie of the Year for this NBA season. 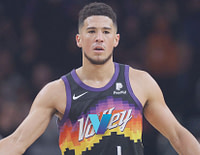 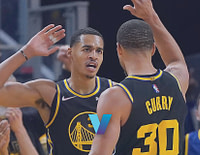 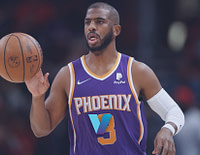 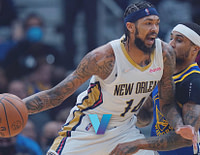