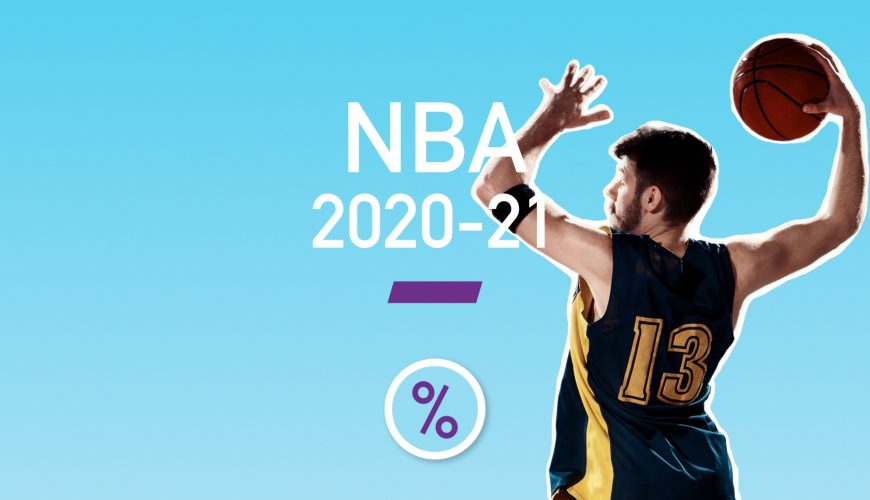 After an exciting 2019-20 campaign, it’s time for the best basketball players in the world to get back on the hardwood. With the new year ready to get started, we’ve got you covered here at Vegas Betting with the NBA futures picks for the 2020-21 season that you won’t want to miss. Who will end up winning it all next spring?

As you might imagine, LeBron James, Anthony Davis and Los Angeles are the favorites to win the title this upcoming season. There’s simply no denying the Lakers have what it takes to repeat as NBA Finals champions. The roster is so strong throughout.

It’s been a big offseason for the Lakers too, as they agreed to contract extensions with both James and Davis. On top of that, they made a move to bring in young point guard Dennis Schroder from the Oklahoma City Thunder. Schroder averaged 18.9 points and four assists per game last season.

With Rajon Rondo leaving town, Schroder will be looked at to be the quarterback of the offense for LA and distribute the ball to James, Davis and others. The fact that the Lakers got even better after winning the title last year should scare the rest of the league.

Despite climbing in age, James hasn’t slowed down one bit. With the incredible play of Davis too, this team is a real threat. The pick on who will win the NBA Finals should no question be the Lakers.

Kevin Durant will have the Nets as serious contenders this season

While everyone is talking about the Lakers, don’t forget about the teams in the Eastern Conference. More specifically, the Brooklyn Nets. Due to injuries last year, the team struggled, but Kevin Durant will have the Nets as serious contenders this season. The man suffered a torn Achilles and sat out 2019-20.

However, Durant is back to full health and he’ll be teamed up with Kyrie Irving. Those two playing together is going to be so much fun to watch. With Irving being able to go off on any given night and Durant being one of the best shooters in the game, they should create plenty of tremendous plays together.

If you’re looking for a pick for the Eastern Conference, we’d say to definitely go with the Nets. Durant is one of the best players in the league and will be incredibly motivated to ball out after missing so much time due to his injury.

Right now, it really does feel like the smart pick is for the Lakers and Nets to meet in the Finals. Vegas sportsbooks agree as that matchup has the No. 1 odds at +850. Not far behind, though, is a showdown between the Bucks and Lakers at +900.

What it will come down to is who wins the Eastern Conference. We’re that confident that the Lakers will come out on top in the west. Things would have been different if the Warriors were fully healthy, but Klay Thompson being ruled out for the year again is back-breaking for Golden State.

Because of this, LA should cruise to the Finals. Meanwhile, in the Eastern Conference, we think this will finally be the year Nets fans can stop suffering. The Lakers and Nets to meet for the title? Book it.

As excited as everyone is for the postseason to get here and to find out which teams will move on to the Finals, don’t forget about the individual awards. That’s right, there will be several players in the running to win regular-season MVP, with countless guys hoping to prevent a three-peat for Giannis Antetokounmpo.

Antetokounmpo, who just signed a max extension worth more than $220 million, indeed was named MVP in 2019 and 2020. However, he enters the season with the second-best NBA odds to win MVP at +400 behind Dallas star Luka Doncic, who has +300 odds to win MVP. They’re not the only two in the hunt, however.

Steph Curry is No. 3 on the list at +800, while Anthony Davis is listed at +1000. So, who should you go with? From this chair, we think it’s a bit of a surprise Doncic is listed so high, especially since the Mavs aren’t expected to be serious threats to win the NBA Finals.

Also, can you believe LeBron James isn’t in the top four? Well, while winning the MVP three years in a row seems impossible, we think Antetokounmpo will lead the Bucks to another big year and have the Bucks in a position to compete with the Nets in the east. Because of that, he’s our pick to once again win MVP.