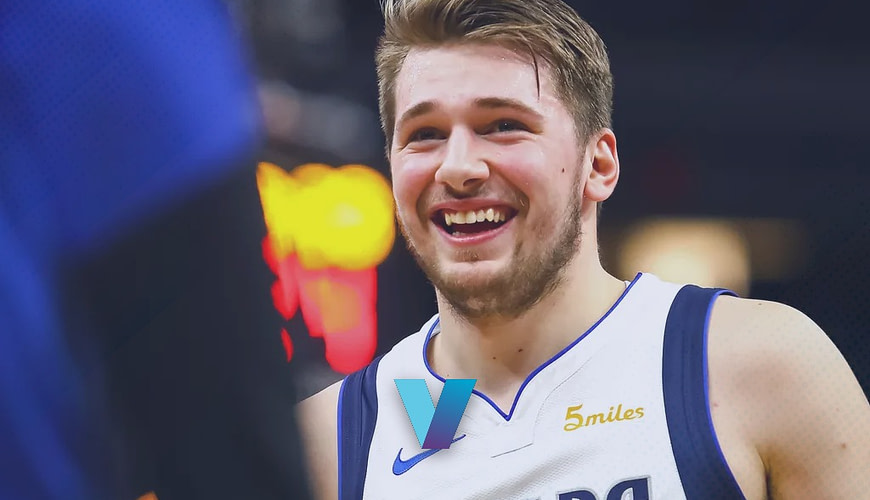 Friday Night NBA bets end this third week of January. Bovada online sportsbook hopped all in with these numbers. The regular season is a mere four weeks from the All-Star Break. Yes, the NBA dog days are here. Now, fans get to examine the Dallas-Miami game and Indiana versus Dallas tonight.

The Miami Heat remain fortunate to lead a very average division. Keep in mind this NBA season has been especially hard to gauge with load management, injuries, and wildly inconsistent play. Take Miami as a great example. The Heat blew the doors off New Orleans with an emphatic 26-point win over the Pelicans. After losing in Atlanta, did anyone see that coming? I highly doubt that.

On the bright side, Miami has won four of their five previous contests to garner a 1.5-game lead over the Atlanta Hawks in the Southeast Division. For a team expected to win at least 50 games, Miami is not quite at that level. At this rate, the Heat are on pace for 45 victories. Anything can happen, but Miami’s play is offensive at times and not in a good way.

The rumors about Miami trading for offense ring true. Now, that defense shows up quite often and ranks second in the NBA in points allowed (108.6). Miami’s problem is that offense and pace reside in the bottom third of the NBA statistics. A few turnovers make a difference and lead to more points. Averaging 115 a night should be doable for this Heat squad. If Miami plays at the pace similar to Wednesday night, that should help.

Granted, Friday Night NBA Bets loves to grapple in the paint and get dirty. Why? For one, it is fun. Second, this game features two of the slowest teams in terms of pace. Miami ranks 28th and Dallas ranks 29th. Bluntly, there are times when it feels like gridlock on a basketball court. Both teams need this win badly; this could be like those two Miami-Milwaukee games from last week. One wager involves the under at 217.

What about more Friday Night NBA Bets for the Dallas game besides the under? There exist a few decent prop choices. However, those may be the ones to wait closer to game time. Why? Things shift quickly, and the early spreads are tilted more negatively than positively. It is more intriguing to gamble on a team down on its luck. That would be none other than the Dallas Mavericks.

Again, Dallas slumping currently is not much of a surprise. This happened last year and often. After winning seven straight, the Mavericks dropped six of eight games. Now, that makes NBA bettors and fans crazy. For better or worse, it may be here to stay. Dallas lost five of those six contests by more than ten points.

Yes, Luka Doncic carries even more of the offensive load now. That forces Dallas to play at a different pace. It may increase his offense but not enough to dramatically alter team totals too much. One can argue scoring 122 points against Atlanta is a bit of a fluke. Dallas gave up 130, which will not happen on Friday night.

Simply, bettors look at that spread and think, why is this loitering around 1 to 1.5 points? While Bovada and BetOnline have stayed mostly at 1.0, other NBA Vegas betting sites pondered going to as high as 2.0. The possibility of seeing the number heading to even is slight. Consequently, if it stays constant, see if there is a way to tease the number downward. Again, if this stays around 1.0 or 1.5, it remains fine to make a small wager on the Dallas Mavericks.

The Denver Nuggets Keep On Rolling

So, with the offense going through Jokic, Denver thrives under Michael Malone. Few teams keep up with Denver when they move the ball that well. Their balance helps immensely. Consider the Nuggets possess seven players who average double-digit points per game. Four players net 3+ assists a contest, and no wonder why their offensive ratings rank second in the entire NBA. Truthfully, their tempo forces mistakes.

Yes, the problem with NBA betting is that teams attack weaknesses well. Even Indiana has enough talent to attack Michael Porter Jr. However, doing that frees up other Denver players and Jokic. In this streak, the Nuggets have scored 115+ points in each game. 122 has become a frequent number.

For Friday Night NBA Bets, consider going large with Denver. So, take a full unit pick on Denver covering the spread if it stays at 11. No, Tyrese Haliburton is a significant loss to the Pacers. Again, lay the points!

Denver NuggetsTo cover the spread against the Indiana Pacers on Friday

For some extra NBA options, check out these NBA online odds. and NBA online prop bets here. Determining who is in and out of the lineups can help boost one’s bottom line. 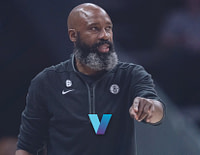 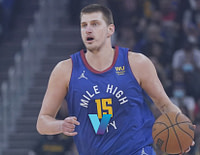 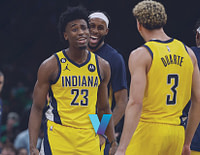 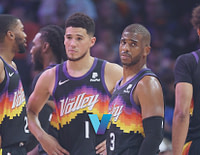