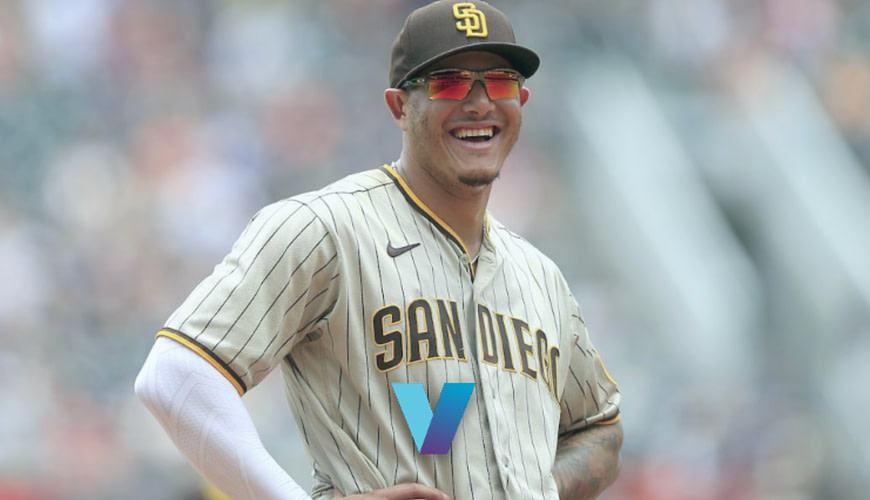 Manny Machado, the San Diego Padres’ superstar third baseman, has been one of baseball’s hottest hitters to begin the season. Following an excellent season in which he hit .278 with 28 home runs and 106 RBIs, Machado appears to be on track to repeat his 2021 performance with the Padres in 2022.

In just 120 at-bats, he’s hitting. 383 with seven home runs and 22 RBIs. Machado leads most Major League Baseball categories in terms of hitting through the first 32 games of the season.

If Machado can keep performing at this level, he has a legitimate shot at earning the MVP award. Let’s look at the MLB odds for him to win the award to determine if betting on Manny is a viable idea.

Manny Machado still has +4000 odds to win the National League MVP, making him one of the best bets we can make. Given the current odds, it would make sense if bettors decided to put a few bucks on this spread.

Let’s look at a few reasons why Manny Machado could be the MVP this season and why he’s a good investment.

Manny Machado is once again playing Gold Glove-caliber defense at third base, which is one of the main reasons he could win the MVP this season. At third base, he’s always been known for making some amazing plays, and that won’t change this season. He can not only make difficult plays look easy, but he can also make easy ones look easy as well, which is just important at times. He makes very few errors on routine ground balls and is always willing to put his body on the line to get an out.

Although his fielding may not be the reason for his MVP win, it surely won’t hurt.

The Padres are an elite baseball team.

Keep in mind that some voters consider the team’s achievements while voting for the most valuable player award. Given that the San Diego Padres are one of baseball’s best teams, Machado isn’t going to have any problems with it.

They’re in second place in the National League West with a 20-12 record. Because the Los Angeles Dodgers are so good, they may not win the NL West, but if they can sneak into a wild-card game and Machado makes the playoffs, it might help his MVP chances.

One thing that is interesting to think about and could come back to actually hurt Manny Machado is that if they do not win the division, voters might not think that getting in via the wild Card is enough. However, we did see Shohei Ohtani as the MVP last season and his team didn’t even come close to making the playoffs. It’s an interesting thing to look at, with the voters potentially saying that they wouldn’t be happy with him just making it via the Wild Card, or they could be okay with that.

Given how much of a team sports baseball is, it’s strange that voters like to look at the MVP to carry his team, but that’s the brutal reality of the situation.

His performance is backed up by advanced statistics

There’s no doubt that if he keeps hitting the ball hard as he has for the first 30-plus games of the season, they will result in hits exactly like they are now. Obviously, he’ll have some patches where he won’t be rewarded as much as he is now because baseball is a tough game, but he’s swinging the bat well, and that should continue.

Unfortunate, No Fernando Tatis Jr. Could Actually Help Him

Obviously, if Manny Machado had the option of having a Fernando Tatis Jr. back out on the field with his San Diego Padres team, he’s going to say yes. It’s unfortunate that one of the best players in all of baseball is injured to start the year, and there isn’t much of a timetable for his return, with most people saying that he should return within the next one-two month. However, because he is injured, Manny Machado is having to carry this offense much more than he would have to if he had his superstar shortstop back in the lineup.

It’s an unfortunate way to look at the situation, but just as we see in other professional sports, if a team is missing some of their top players, it does often help them in terms of MVP voting.

Considering that it’s still in the early part of the season, it’s always tough to say who’s going to win the MVP in just nearly 30 Games. However, with the way that Manny Machado has been able to swing the bat to start the season if he can continue doing what he’s doing, he has an excellent chance of winning this award. He’s going to have to hope that his San Diego Padres team keeps playing at a high level, and if his bat stays hot, there’s truly no reason why he can’t win it.

See below the top online betting sites, like Bovada, where you can wager online and choose the best one for you: 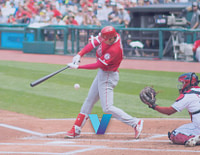 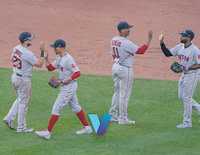 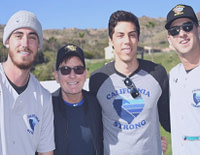 MLB lockout is having an impact on Las Vegas 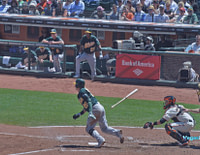