Masters Is ‘A Golfer’s Heaven’

This is anything but just another major.

Azaleas, Magnolia Lane, Amen Corner, Hogan Bridge and the Green Jacket. Any sports fan would know exactly what we’re talking about with this list.

This is hallowed ground. This is the Masters.

A field of 87 professionals and amateurs will play April 5-8 among the Georgia pines at Augusta National in the 82nd edition of the Masters Tournament, the first of golf’s four major championships to be held in 2018.

“It’s the best-run tournament in the world. The golf course, the patrons, the entire atmosphere,” said Tiger Woods, 42, who has not played in a major championship the past two years and has missed three of the past four Masters. 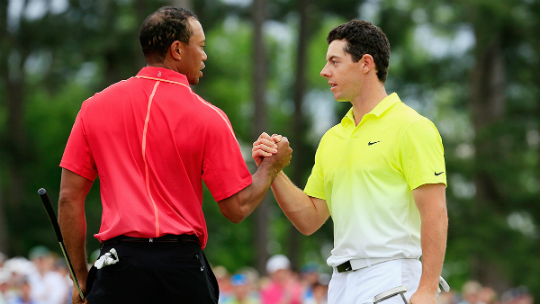 The betting board is jammed with major champions at the top. Rory McIlroy, who has never won the invitational event, is listed as the favorite (9-1) at the time of the publication (odds provided by Bovada). Jordan Spieth and Justin Thomas are next at 10-1.

Four-time Masters champion Woods is 11-1 with the 2017 winner, Sergio Garcia, all the way down the list at 28-1. Former U.S. Open champion Brooks Koepka withdrew from the event because of a wrist injury.

Ian Poulter won his first stroke-play event in the U.S. last weekend to grab the final spot in the major championship. The 42-year-old from England captured the Houston Open title in a playoff.

Rich in tradition, the Masters is played with the final round scheduled for the second Sunday in April. It is the only major that has been contested at the same course throughout its prestigious history.

Jack Nicklaus holds the record for the most Masters victories, winning the tournament six times during his career. The Golden Bear is also the oldest winner of the Masters — the 18-time major champion was 46 years and 82 days old when he won in 1986.

Woods was the youngest winner of the Masters — he was 21 years and 104 days old when he won in 1997. Tiger also set the record for the widest margin of victory (12 shots) and the lowest winning score (270, 18 under par). That mark was equaled by 2015 champion Spieth, who actually got to 19-under during the final round.

There are many more bets offered on gaming sites like Bovada, TopBet and Betonline on this year’s Masters than just trying to pick the winner.

Will a certain player finish in the top 5, top 10, top 20 or even make the cut? Who will post the best score of players from certain countries, who will be the top senior player? Which past champion will finish the highest on the leaderboard? There are dozens of prop bets, so pick your spots and pick some winners.

Let’s take a look at one of the prop bets and try to cash a winning ticket (odds provided by Bovada).

Three against 84 hardly seems fair, but you get the top two ranked players in the world and a former No. 1 in the field of 87. None in this trio has ever won the Masters, even though all three are major champions.

McIlroy has four top 10s in nine visits to Augusta National. His best finish is a fourth, but he has more than enough game to win his fifth major and complete the career Grand Slam.

This is the third trip to Augusta for Thomas, who does not have a top 20. The 24-year-old won the FedEx Cup last year and already has two victories this season among his eight career wins.

Johnson only has two top 10s in seven trips to Augusta, but he was tied for fourth and sixth in his last two. The No. 1 player in the world has one win in 2018 and 18 career titles, including a U.S. Open title.