Believe it or not, Super Bowl XLVIII is being played in East Rutherford, New Jersey on Sunday, February 2, 2014. That’s right, the NFL’s biggest attraction is being played outdoors in the Northeast in February. Just a week and a half prior to the game a snowstorm hit the region and dropped roughly one foot of snow on MetLife Stadium. Will the Denver Broncos and Seattle Seahawks have to fight the elements in two weeks? We will find out soon enough as we back the Broncos to victory.

Denver Broncos: Weather should be no issue

If there are weather problems on Super Bowl Sunday, the Denver Broncos should not have any problems dealing with them. Since they play in Colorado, a state with legal marijuana, they are accustomed to the cold and the snow. They did not play in many games this year with nasty weather conditions, but have plenty of players on their roster who have done so in the past. A little snow, rain, wind, or frigid temperatures shouldn’t stop Denver from securing another Super Bowl title.

Seattle Seahawks: Can they cross the country to win?

Seattle has to travel much further than the Broncos to reach the Super Bowl. Will the travel affect how they play the game? It really shouldn’t because they will be in New Jersey for a couple of days prior to the contest. The biggest question mark in this game has to be Russell Wilson. Despite his success over the past two seasons, he has no big-game experience that matches the Super Bowl. How will he handle the pressure of the week leading up to the game and the pressure of the game? No one really knows.

For the Super Bowl betting odds, we visit SportsBetting.ag before placing our bets. We are going to back the Denver Bronocs at MetLife with 10 percent of our bankroll on the -2.5 (-115) spread to grab the league title over the Seattle Seahawks. 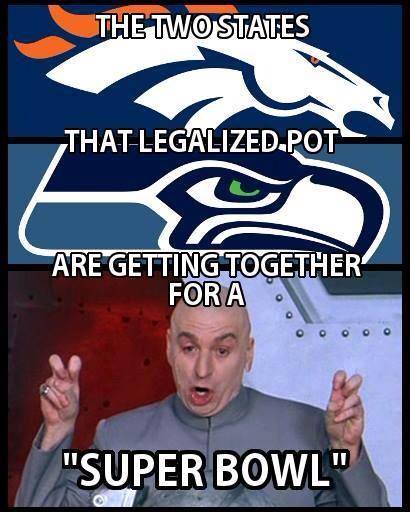