The defending Stanley Cup champions are getting little respect from oddsmakers for the upcoming 2019-20 NHL season.

The St. Louis Blues (+1500), who have qualified for the playoffs in all but nine of their 52 seasons and won the championship for the first time in 2019, aren’t even in the Top 5 in NHL Vegas odds to repeat as the best in the league (NHL future odds provided by Bovada).

The Tampa Bay Lightning (+750), who took the league by storm last season but failed to win a single playoff game, are the favorites to capture their first Cup since 2004.

The Toronto Maple Leafs (+900), who haven’t won a championship in more than 50 years, are the second pick, while the Vegas Golden Knights (+1000), who made a historic run in the playoffs two season ago, are the third choice.

The Boston Bruins (+1100), who lost the Stanley Cup final in a heartbreaking seven games last season, are fourth, with the Colorado Avalanche (+1400) rounding out the Top 5.

Future odds to win the Stanley Cup change with the performance of teams in the regular season and playoffs, but your NHL betting odds are fixed at the time of your bet. The same is true at all the Las Vegas mega sportsbooks — like Caesars Palace — where NHL Las Vegas odds are posted on LED displays and hard copy printouts. 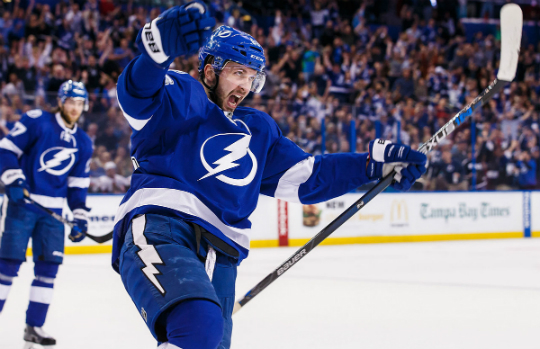 Don’t hop on the Tampa bandwagon to win the Stanley Cup too quickly. Being the best regular-season team in the NHL is far from a guarantee of postseason success.

On the 33 previous occasions that the Presidents’ Trophy has been awarded, only eight regular-season champions, or less than 25 per cent, followed up with Stanley Cup titles. The last one was the Chicago Blackhawks in 2012-13.

Here is a list of the last five Stanley Cup winners and where the team finished in the regular season:

Divisional winners are guaranteed a top seed in the playoffs but, like the Columbus Blue Jackets showed the Lightning last season, even wild card teams can pull off historic upsets.

Let’s take a look at the four divisions and try to pick a winner in each. The numbers listed after the individual teams are the NHL odds to win their respective divisions:

It would be hard to pick against the Lightning after that record regular-season run last year. Tampa tied the 1995-96 Detroit Red Wings for most wins in a season and fell just shy of the all-time points mark held by the 1976-77 Montreal Canadiens. They also have the latest Art Ross and Hart trophy winners in Nikita Kucherov and goalie Andrei Vasilevskiy.

The Leafs, who finished third in the division before losing to the Bruins in the first round of the playoffs last season, have been busy making deals for defensemen. The recent signing of center Mitch Marner means Toronto can score with any team in the league, but the club hasn’t won a division title since 1999-2000 or a playoff series since 2004.

The Bruins have been among the division leaders every season this decade, but they haven’t won a division title in six years. All-star goaltending, a solid defense and plenty of firepower up front will keep this veteran squad in the hunt for a top playoff spot. 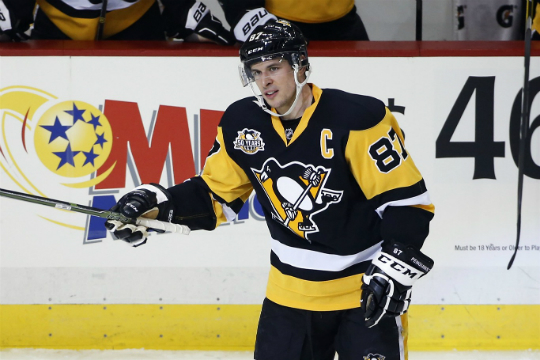 Coming off a franchise-first Stanley Cup victory in 2018, the Capitals managed to win their division before losing in the first round of the playoffs. They said goodbye to five veterans in the offseason, but any team with Alex Ovechkin always has a chance to win it all.

The new-look Penguins are trying to win their third Stanley Cup in five seasons. They finished third in the division last season before being swept in the first round of the playoffs. It’s hard to imagine the Penguins not being in the hunt with superstar Sidney Crosby, who’s now in his 15th season in the NHL.

The Devils, dead last in the Metro last season, won the lottery with Jack Hughes and added veterans P.K. Subban and Wayne Simmons. The team must sign star forward Taylor Hall and improve on the second worst road record in the league to have any chance at the top spot this year.

Many are expecting big things from the Avalanche this year after a huge playoff run last season.
Colorado, which hasn’t won a division title in six years, has three young stars in Nathan MacKinnon, Mikko Rantanen and Gabriel Landeskog. “We’ve tried to go with the youth movement, tried to get younger and faster, and we believe we’ve accomplished that,” general manager Joe Sakic said.

The Stars, who finished fourth in their division and pushed the Blues to the limit in the second round of the playoffs, added veterans Corey Perry and Joe Pavelski. Dallas finished tied for 29th in scoring last year, but that should change this year with the two added “stars” up front.

The Predators, who have won this division for two consecutive seasons, have added Matt Duchene to an already strong lineup at center. Management felt it needed to add some star power up front after two disappointing playoff performances, even if the cost was a top defenseman in Subban.

The Golden Knights stunned the hockey world in their inaugural season two years ago by losing in the Stanley Cup final. They don’t take anyone by surprise anymore, especially with a cast of veterans and 35-year-old Marc-Andre Fleury in goal. “I really feel we can do some significant things,” center William Karlsson said. “We are ready to win.”

The Sharks are all-in on star defenseman Erik Karlsson with his expensive, long-term deal. But it costs the team in other areas, including the departure of 13-year forward Joe Pavelski. San Jose, which finished second in the Pacific last season, hasn’t won a division title in nine years.

The Flames finally turned it around last season with their first division title in 13 years only to get dumped in the first round of the playoffs. The team is hoping the youth movement will continue to pay dividends, even with the disappointing exit from the postseason last year. Calgary, which had the second-best goal differential at +62, now adds Cam Talbot as its No. 1 netminder. 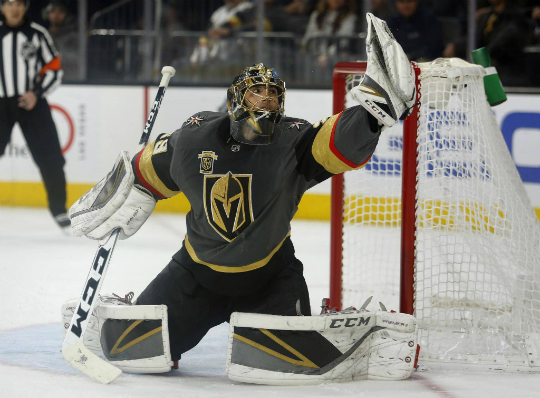 The early part of this decade was all about dynasties in the NHL. The Pittsburgh Penguins and Chicago Blackhawks won six of nine Stanley Cups from 2009 through 2017. But that has all changed in the last two seasons. Now, it’s about first-time winners.

First, it was the Washington Capitals winning for the first time in 44 years. Then, it was the St. Louis Blues securing their first title in 52 years. Who’s next?

Pick — Vegas (+1000). The battle-tested Golden Knights extend the streak of first-time winners with their first championship in just their third NHL season.