Here we go again. Another starting quarterback goes down, and now a team must rely on a backup for the rest of the season.

Philadelphia’s Carson Wentz, who tore his ACL in his left knee in Sunday’s win over the Los Angeles Rams, must now watch from the sidelines and wonder just how far the Eagles could have gone in the playoffs. Maybe even the Super Bowl.

Nick Foles takes over as play caller for the Eagles (11-2). The 28-year-old had a great season with the team four years ago as he threw for almost 3,000 yards and 27 touchdowns with just two interceptions. Wentz said in a video message earlier this week that Foles will do “an amazing job.”

But oddsmakers disagree. The NFC East champions were 6-1 to win the Super Bowl last week. With Wentz’s injury, they’ve soared to 12-1.

Is Nick Foles the next Case Keenum? He has three games — against the New York Giants, Oakland and Dallas — to get ready for the playoffs.

Week 15 picks in the following chart are in bold.

A stunning loss by the Super Bowl champions has opened the door for Pittsburgh.

The Patriots (10-3) needed a win in Miami to remain tied for home-field advantage throughout the playoffs. The Dolphins dominated the Patriots 27-20 on Monday Night Football, giving Pittsburgh a one-game lead over New England for the AFC top spot.

The two powerhouses meet Sunday at Heinz Field with the coveted position likely on the line. The Patriots opened the betting as the surprising favorites. They are 6-1 on the road and had won eight straight before losing their first road game of the year in Miami.

Oddsmakers have kept the Patriots as the favorites to defend the Super Bowl title at +275. The Steelers (11-2) are 5-1 at home and 8-1 against conference opponents. They have also won eight games in a row.

There are three other huge games this weekend, all with major playoff implications: 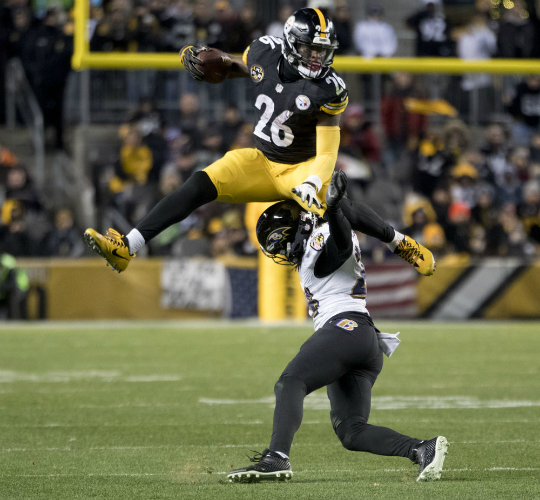