The soap opera continues in the Big Apple.

Last week, the Giants benched two-time Super Bowl champion Eli Manning to evaluate others for the starting quarterback position. It was a public relations nightmare for the team, which lost again on Sunday.

As a result, the Giants (2-10) cleaned house earlier this week, firing coach Ben McAdoo and general manager Jerry Reese. Giants defensive coordinator Steve Spagnuolo will be the interim head coach for the team’s final four games of the season.

Also, the 36-year-old Manning will reportedly get his job back and start Sunday against the Dallas Cowboys (6-6). Manning has completed 63 per cent of his passes this season for 2,411 yards. He has 14 touchdown passes and seven interceptions in 11 games.

The Cowboys need a win against their longtime division rivals to keep their playoff hopes alive. They have to play two more games without star running back Ezekiel Elliott, who was suspended by the NFL for six games.

Week 14 picks in the following chart are in bold.

For the first time this season, the Philadelphia Eagles (10-2) were held under 20 points. The Seattle Seahawks (8-4) beat the NFC leaders convincingly 24-10 last weekend. The high-flying Eagles had been averaging almost 32 points a game.

It doesn’t get any easier for the Eagles this week as they travel to Los Angeles to battle the Rams. For the fourth time this year, Philadelphia is an underdog.

The New England Patriots (10-2) remain the favorites to win the Super Bowl. The defending champions play the Dolphins in Miami this week before an AFC showdown in Week 15 with the Steelers in Pittsburgh.

Some other notes from around the league: 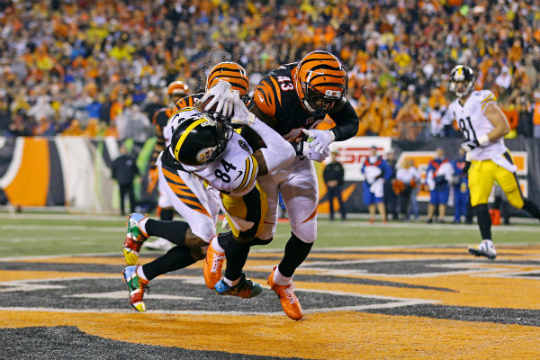