Just how far can the worst seed in the AFC bracket go in the NFL postseason?

For the second week in a row, the Tennessee Titans pulled off another major upset. They knocked off the defending Super Bowl champion New England Patriots in the wild-card round and then the AFC’s No. 1 seed in the Baltimore Ravens in the divisional round.

The Titans (+265), seeded last out of six teams, now hit the road for the third straight week and line up against the Kansas City Chiefs (-330) on Sunday, January 19 with the AFC Conference title and a spot in Super Bowl 54 on the line (Vegas odds NFL conference championships provided by Bovada).

Only two teams seeded sixth have ever won the Super Bowl — the 2005 Pittsburgh Steelers and 2010 Green Bay Packers.

In the NFC, the San Francisco 49ers (-280) return to the conference final for the first time in eight years. The top seed will play host on Sunday to the second seed in the Green Bay Packers (+230), who have now won six in a row after eliminating the Seattle Seahawks in the divisional round.

The NFL Conference Championship odds 2020 are fixed if your make your bets now at top-ranked online sportsbooks and venues on the Las Vegas Strip, but those betting lines can change before kickoff this weekend. 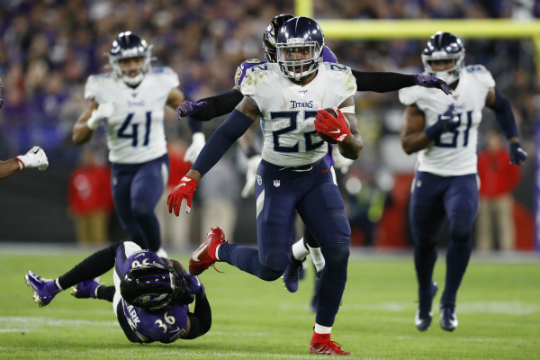 VGB picked Kansas City before the season even started to win Super Bowl 54.

The Chiefs, who trailed 24-0 in their divisional game against the Houston Texans, outscored their AFC foes 51-7 in the final three-quarters to win their first playoff game in four seasons. Patrick Mahomes threw for five TDs, three of them to his favorite target in tight end Travis Kelce.

The reigning MVP may not win the award again this year, but he has a lot of weapons to help the Chiefs reach the Super Bowl for the first time since 1969.

There are no secrets to the Tennessee attack. Opposition defenses will see a lot of bulldozer running back Derrick Henry until they can stop him. So far in the playoffs, no one has done that.

The Titans, who are 7-3 on the road this season including the playoffs, beat KC at home in Week 10 on a last-minute touchdown. This game should be a close one as well.

VGB’s pick — Kansas City (-330). The Chiefs have now won seven straight and showed a lot of character after trailing by more than three touchdowns against Houston. The fairy tale season ends here for Tennessee. 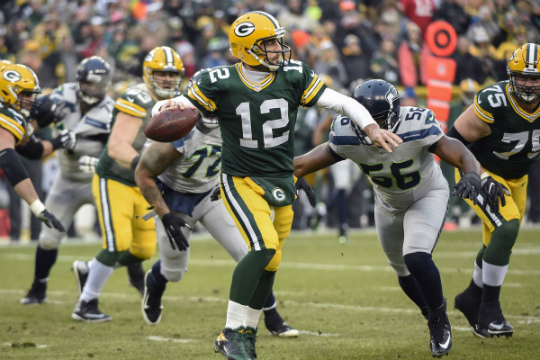 On paper, this conference final looks a bit like a mismatch. The 49ers are stronger than the Packers in a number of categories, including the running game and front seven on defense.

The NFC West champs also won convincingly the last time these two teams met in Week 12 in San Francisco. The 49ers led 23-0 at halftime and cruised to a 37-8 victory. Quarterback Aaron Rodgers had a subpar day, completing 20-of-33 passes and a 75.8 QB rating. His counterpart, Jimmy Garoppolo, was almost perfect, throwing for two TDs with a 145.8 rating.

The current odds suggest another blowout, but the Packers are 10-2 against conference opponents and 6-2 on the road this season. They will also need to score at least 30 points to keep up with San Fran — a mark they have reached only four times in the regular season.

VGB’s pick — Green Bay (+230). We picked the Pack in August and there’s no changing ships now. A victory over the 49ers would be a huge upset, but it’s not like Rodgers hasn’t pulled off a few of those over his Hall of Fame career.