BEST AMERICAN BETTING SITES
Vegas Betting Online /
News /
NCAAF 2019-20 Bowl Season
Vegas Betting Online /
News /
NCAAF 2019-20 Bowl Season
Let’s take a look at the NCAAF Vegas odds for the Final Four: LSU +120 Clemson +205 Ohio State +205 Oklahoma +1200 Football for the Holidays The College Football Playoff tournament is set and so is the rest of the holiday bowl schedule. The NCAAF postseason kicks off with the Bahamas Bowl between Charlotte and […]

Let’s take a look at the NCAAF Vegas odds for the Final Four:

Football for the Holidays

The College Football Playoff tournament is set and so is the rest of the holiday bowl schedule.

The NCAAF postseason kicks off with the Bahamas Bowl between Charlotte and Buffalo on Friday, Dec. 20 and ends with the national championship in New Orleans on Monday, Jan. 13.

NCAAF odds are already posted for the 41 bowl games. Head to top online sites like Bovada, GTBets and BetNow to look for those winning picks. New players can also enjoy generous welcome bonuses at these sites for the upcoming holiday action.

There is plenty of holiday action this season, but the spotlight will be on the Final Four and the semifinal playoff games, which will be played on Saturday, Dec. 28.

Your college football odds are fixed if you make your bets now, but the betting lines often change as game time approaches for these semifinal matchups. 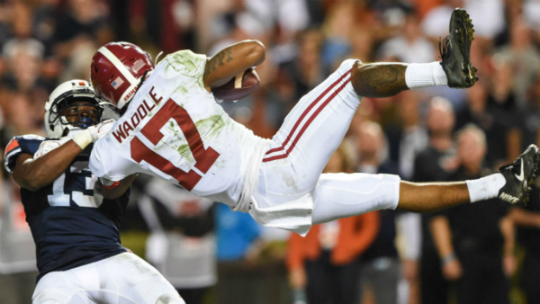 There’s a lot of football to be played between now and the new year, including games with many top-ranked teams that didn’t make the playoffs. Let’s take a look at three of the major bowls on New Year’s Day and try to pick a winner in each (rankings and betting lines posted with each school).

The Crimson Tide lost two games this season for the first time since 2014. Their record of 10-2 would be considered a good year for most schools, but not with this football powerhouse. A season-ending injury to star quarterback Tua Tagovailoa derailed Alabama’s hopes of the national title.

Now they face a Michigan team that suffered three losses in the Big Ten this season and hasn’t won a bowl game since 2015. The Wolverines are 2-2 all-time against Alabama, but this is the best team they have faced except for Ohio State. 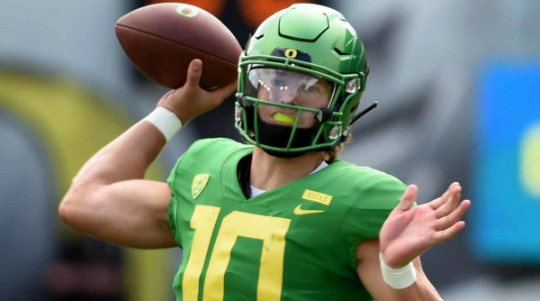 In what has long been referred to as “the Granddaddy of them all,” the Rose Bowl features the same two schools from the 2012 game in Wisconsin and Oregon. The Ducks won that matchup 45-38 for their first Rose Bowl victory since 1917.

The Badgers (10-3) will rely on a powerful running game and a strong defense, while the Ducks (11-2) will put the game into the hands of their NFL-caliber quarterback in Justin Herbert.

Both teams suffered puzzling losses to unranked schools this season, but they were both in the national playoff discussion at some point throughout the year. The last team with the ball could be the winner in this one.

Both Fiesta Bowl teams are coming into this matchup after frustrating losses that may have vaulted either one into the CFP Final Four. Georgia looked awful in a 37-10 loss to LSU, while Baylor was knocked out by Oklahoma 30-23.

The Bulldogs (11-2) have held their opponents to under 21 points in every game this season until the SEC championship blowout. However, they are 7-6 against the spread and have been involved in a lot of close games.

The Bears (11-2) and their run-and-gun offense can score points in bunches. A healthy quarterback in Charlie Brewer could lift Baylor, which hasn’t played in a CFP-affiliated bowl since 2014.