March Madness tournament has been cancelled for men and women. Read More

Let’s take a look at the favorites in the NCAA basketball future odds:

Never mind March Madness, the entire NCAAB regular season has been nothing but sheer madness with daily upsets of top-ranked teams.

The college basketball futures have been bouncing around since the schedule began in November. Those that like to wager on the underdog have enjoyed a profitable run on online sportsbooks as most of the big-name schools have failed to find any consistency this year.

The No. 1 team in the nation and the one that has survived all of the mayhem is Kansas. The Jayhawks (+500) are the current favorites to win their fourth national title (future odds NCAA basketball provided by Bovada). Gonzaga (+650), the top team in the West, is second in the NCAAB futures, while Baylor (+900), Duke (+900) and Michigan State (+900) round out the Top 5.

Your NCAA basketball futures are fixed if you place your bets now at top-ranked sites like BetNow and Betway. But those betting lines will change as we near the March Madness tipoff and travel the Road to the Final Four to Atlanta.

The 68 team single-elimination tournament, which holds 67 games over 21 days, starts with Selection Sunday on March 15. The First Four games are scheduled for March 17-18 with the national championship set for Monday, April 6.

If you’re not a member of either of the recommended bookmakers, be sure and take advantage of a welcome bonus where the sportsbook matches a portion of your initial deposit for your college basketball bets. BetNow offers a 50-per-cent bonus up to $1,000. 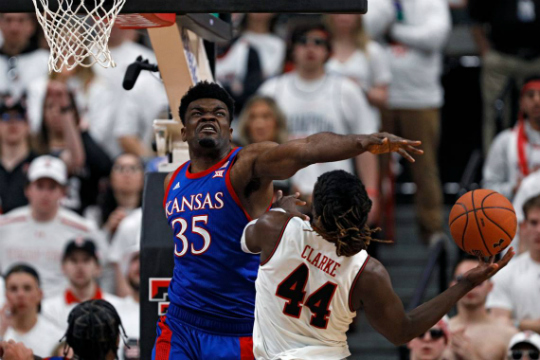 Michigan State was listed as the preseason favorites, but a 5-3 start knocked the Spartans off the top pedestal. They are still listed among the frontrunners in the NCAA basketball odds, but they are no longer the team to beat.

College basketball bettors should keep in mind that there’s more to betting on all the games than just picking a winner. Online sites will offer alternative point spreads and totals, while also listing dozens of prop bets on certain players and teams.

Here, we take a look at the top tournament contenders with their NCAA basketball future odds followed by VegasBetting’s prediction of who will cut down the nets in April:

The Jayhawks have been the most impressive team in the country all season. Led by Big 12 player of the year in seven-foot center Udoka Azubuike, Kansas has not lost a game since early January. The team finished off the regular season with 16 straight wins.

The Jayhawks, who were eliminated in the second round of the tournament last year, have not won a national championship since 2008 and have reached the Final Four 14 times in school history.

The Bulldogs finished off the regular season with a 31-2 record and have been favored in every game. The squad, led by forwards Filip Petrusev and Corey Kispert, blew out all but one conference opponent, but rarely faced a Top 10 team.

With such a soft schedule, will Gonzaga be tournament ready against the nation’s best? History suggests they won’t since they have only reached the Final Four once in 22 appearances.

Important note for bettors: The over is 27-6 in the totals bet in games involving Gonzaga this season.

The Bears are making just their second appearance in the Big Dance in the last four years. The team lost the national final in 1948 and has not made a return trip to the championship over the next 72 years.

This is not a traditional college basketball power, but it is led by sophomore guard Jared Butler and some high-level recruits. It is also likely to be the first time Baylor has ever been a No. 1 seed in the tournament.

The Blue Devils are not heading into the tournament in a confident fashion. The team from Durham, North Carolina lost three of their last six regular-season games and have been guilty of inconsistent play the entire way.

Duke — which has been coached by Mike Krzyzewski since 1980 — has won the national title five times in his tenure, but the team may not be the best in their conference (Florida State), never mind the country.

This is the most dangerous team in the tournament. The question is whether the Spartans can put together a run to take them to the national title. The two-time champs haven’t done that all season, losing nine games in the regular season and six times in conference play.

MSU was the top-ranked team in college basketball futures before the season started. Three losses in their first eight games dropped the team from that lofty spot. 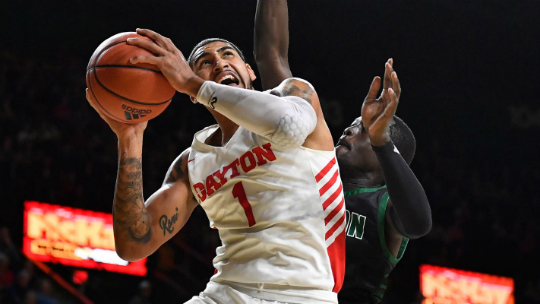 These Contenders Will Make Some Noise

• Dayton (+950) — The school hasn’t made the tournament since 2017 and hasn’t made it to the national title game in over five decades. The Flyers went undefeated in conference play.

• Kentucky (+1000) — The Wildcats, who have eight national titles, will need some elite play out of Immanuel Quickley and Ashton Hagans to reach their 13th final.

• San Diego State (+1300) — Who are these Aztecs? They may not play in a high-profile conference, but San Diego State grabbed a lot of attention with 27 straight wins to start the season.

Championship Prediction — Kentucky (+1000). VegasBetting selected the Wildcats in the college basketball future odds before the season began in 2019. There’s no need to change the pick from this traditional powerhouse that has the most all-time wins in the history of the sport.