Welcome to Philadelphia: Home of the Super Bowl champions and the hottest team in the NBA.

The Eagles won their first-ever Super Bowl in February. Now, the Sixers will look to make a run to the NBA Finals.

They enter the first round of the playoffs, which begin on Saturday, April 18, on the longest streak heading into the postseason in league history. Philadelphia crushed Milwaukee on the final night of regular-season play to extend its winning streak to 16 games.

Philadelphia meets Miami in one of eight best-of-seven series in the first round of the playoffs. Let’s take a look at all the matchups and try to pick a winner in each (odds provided by TopBet).

Best Record Ever For Raptors

The pressure is on the Raptors now. The Eastern Conference champs (59-23) won the most games in their 23-year history. They meet the Wizards, who the Raptors had a tough time with this season. The two teams tied the season series 2-2, but Toronto was 40-12 against conference rivals.

The Celtics, who will miss five-time all-star Kyrie Irving for the entire playoffs, will have their hands full with the Bucks. These two rivals also split the four-game season series. Boston had a better record on the road (28-13) than Milwaukee did at home (25-16).

The Sixers haven’t won a playoff series since the 2011-12 season, but no one has a better record in the last month than this team. They just keep on winning, even without all-star center Joel Embiid. These two squads split the season series in four hotly contested games.

Two Central Division rivals hook up in this matchup. The Cavaliers have reached the NBA Finals for three consecutive years, winning in 2016. It would be a huge upset if four-time MVP LeBron James lost in the first round, even though the Pacers won the season series 3-1.

The Rockets will be looking to end this series as quickly as possible to give Luc Mbah a Moute a chance to heal from his dislocated shoulder. The Timberwolves, one of four teams to reach the playoffs from the Northwest Division, have a losing record on the road. Houston swept the season series.

The Warriors are not the same team without shooting star Steph Curry, who has been sidelined since March 23. They won just seven times in the last 17 games, but three-of-four this season against the Spurs. This is a rematch of last year’s Western Conference final.

The Blazers, who lost seven of their last 12, will have all they can handle in the Pelicans and star Anthony Davis. New Orleans, which had identical records on the road and at home, won five straight to end the season. These two rivals split their season series.

The Jazz, who have won just one playoff series in the last seven years, draw a star-studded team from Oklahoma City. The Thunder won the season series 3-1, but the last time these teams played was in December, before the Jazz transformed into a defensive powerhouse.

The NBA consists of six divisions but it’s the top eight teams from the Eastern and Western conferences that reach the playoffs.

The NBA playoffs consist of four rounds of best-of-seven series with the team with the best record having home-court advantage.

The remaining two teams play for the conference title, with the winner advancing to the NBA Finals. 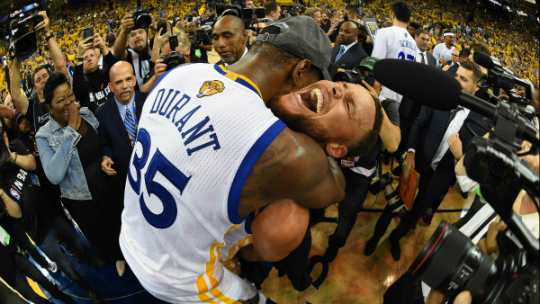 For each and every playoff game, online sites like Bovada, TopBet and Betonline offer alternative betting options from the standard money line, point spread and over/under totals.

There are betting lines on all the quarters and both halves. There’s also action on alternative point spreads and totals.

You can bet on the first team to reach 10 or 20 points and whether the game will end in a tie in regulation. You can even attempt to predict the exact margin of victory.

There are dozens of player props, too — most of them involving points scored and rebounds for individual players. If you want to take on even more risk with your betting dollars, take a shot at a parlay or two.