The Golden State Warriors have won two of the last three NBA championships and they are odds-on favorites to capture their sixth in team history this season.

It seems nothing can stop them. Until now.

With three of the Warriors’ four top guns out with injuries, homecourt advantage throughout the playoffs looks to be in jeopardy.

Steph Curry is battling a recurring ankle problem. Draymond Green still has soreness in his right shoulder. And now Klay Thompson is out for at least a few weeks with a fractured right thumb.

That leaves former league MVP Kevin Durant to carry the load as the Warriors chase the Houston Rockets in the NBA’s Western Conference.

Golden State has won eight straight at home and it has already clinched a playoff spot. But the Warriors have also lost two of their last three and they were underdogs for the very first time this season in a road game at Portland last week. They lost that matchup by 17 points.

All of these health issues are a problem — for now. If they can get healthy, the Warriors and their all-star lineup are still the team to beat in the NBA Finals. The playoffs start in about a month.

There are nine games in the NBA on Friday night. Let’s try to pick the winner against the spread (ATS) in two of them and cash a winning parlay ticket (odds provided by Bovada).

**VGB’s Friday Night NBA parlay pick — Take Boston (-6.5) over Orlando and the Los Angeles Lakers (-4) over Miami. If both teams cover the spread, the payoff is $66.13 for a $25 bet. If either team loses against the spread, the ticket is void.

Celtics Best In League Against Spread

Boston has the second best record in the Eastern Conference, more than four games behind the Toronto Raptors. The Celtics, who are led by Kyrie Irving (24.4 points per game), have lost three of their last five, but are a league-best 41-25-2 ATS. They are 5-2 in their last seven road games, but Irving is doubtful for this start and may require knee surgery.

Lakers Can Handle The Heat

Miami (+4) at Los Angeles Lakers — The Heat (36-33) currently hold the eighth and final playoff spot in the East. The Lakers (31-37) are likely going to miss the postseason in the West.

The Heat, who are 34-30-5 ATS this season, are 1-9 in their last 10 road games. They haven’t won a game away from American Airlines Arena since Jan. 29. Goran Dragic powers their offense with 17.5 points a game.

The Lakers, who are 38-30-0 ATS, are 6-1 in their last seven at home. They have eight players who average double digits in points per game. 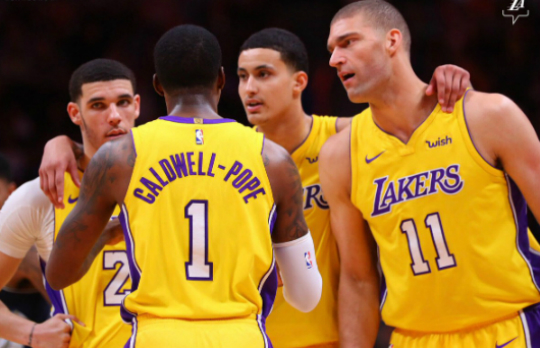