Let’s take a quick look at the odds to win the World Series:

The Houston Astros, who had the best regular-season record in all of baseball, are just four victories away from their second World Series title in three years.

The best-of-seven Fall Classic gets underway on Tuesday, Oct. 22 as the National League champion Washington Nationals play in Houston for the first time this season.

The Astros (-225), who have home-field advantage in the series, are the favorites, while the Nationals (+180) have never reached the MLB championship since moving from Montreal in 2005 (2019 World Series odds provided by Bovada).

In the last 10 World Series, the two leagues have won the title five times each, while the AL has grabbed the last two. The series has gone to the seventh-and-deciding game three times in the last decade.

Your odds are fixed if you bet now on the World Series at Las Vegas sportsbooks like the Wynn or Mandalay Bay, but the future odds will change as the series progresses. 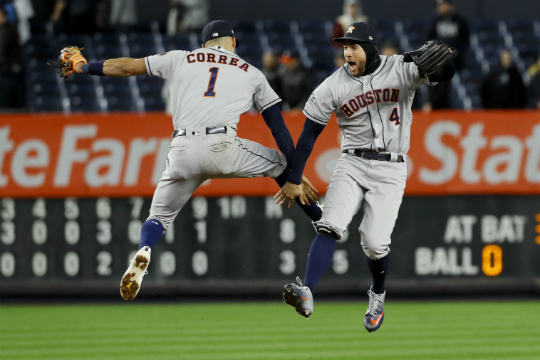 The Nationals will try to become the seventh wild-card team to win the World Series since the playoff change allowed non-division winners into the postseason in 1994, including three in a row from 2002-04.

Here are some other stats and trends worth considering before making your bet on the World Series odds. 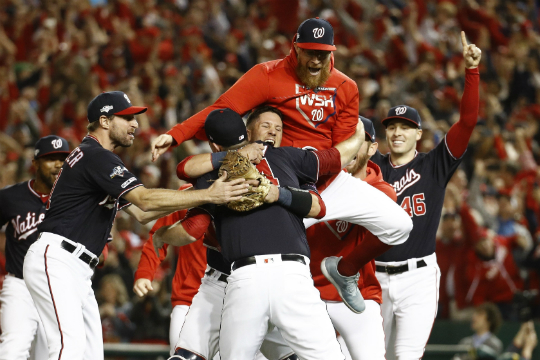 Why the Nats Will Win

The Washington Nationals may have had an abysmal month of May with 12 victories in 29 games, but the National League champs have won 18 of 21 since Sept. 20 and are the hottest team in baseball.

The Nationals became just the fourth team to reach the World Series after being 12 games under .500 when they were 19-31 on May 24.

“Often, bumpy roads lead to beautiful places,” said manager Dave Martinez, who underwent a heart procedure in September, “and this is a beautiful place.”

The Nationals had never managed to advance in the postseason since the Expos left Montreal for D.C. in 2005, going 0-4 in the NLDS over the last seven years, including three Game 5 losses at home.

Why the difference this year? Pitching. Every hurler on the staff is undefeated except starter Patrick Corbin, who has both of his team’s postseason losses and a 7.43 ERA. Max Scherzer (1.80) and Stephen Strasburg (1.64) are a combined 5-0 and stopper Daniel Hudson hasn’t allowed a run and just four hits in six appearances.

The Nationals, who have also won six in a row, outscored the St. Louis Cardinals 20-6 in a four-game sweep of the NLCS. While the Nats have been leaning on their pitching staff to silence opponents, the team has also had a few outstanding efforts at the plate this postseason.

Anthony Rendon leads the team with a .375 batting average and .465 on-base percentage, while Howie Kendrick has driven in a team-leading nine RBI. 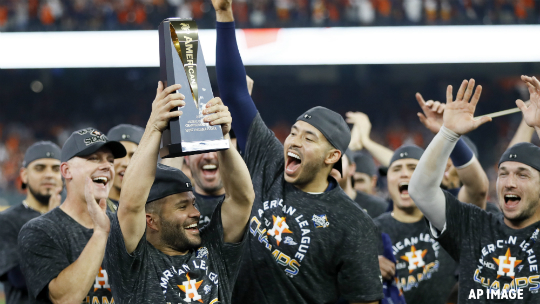 Why the Astros Will Win

The Houston Astros have reached the playoffs in four of the last five seasons, so playing on the biggest stage in baseball is nothing new for these players.

The Astros, who lost the ALCS last year to the eventual World Series champs in the Boston Red Sox,
have won 114 of 173 games this season, including the postseason.

That’s almost two wins for every loss over the last six months. They are also 5-1 at home in the playoffs after posting a league-best 60-21 mark at Minute Maid Park in the regular season.

“To be able to take these next two days, not have to travel, to rest, get our guys ready, because we haven’t faced the Nationals, (and) we don’t know much about them — now we have a couple days to prepare,” general manager Jeff Luhnow said after Houston’s Game 6 ALCS victory over the New York Yankees.

Starters Justin Verlander, Gerrit Cole and Zack Greinke were a combined 49-12 this season for the Astros, which made the team just about unbeatable when one of these three right-handers was on the mound. It’s a bit of a different story in the postseason as the trio is 4-4 and Verlander hasn’t won in almost three weeks.

As always, Jose Altuve is the engine that drives this lineup. The six-time all-star is hitting .349 in the playoffs after posting a .298 average with 31 homers in the regular season. But the lineup also has six other players who hit more than 20 home runs this season.

The St. Louis Blues were dead last at one point in the NHL regular season last year before they won the Stanley Cup. A similar scenario is taking shape in Major League Baseball as the Nationals look to stun the team most experts were taking in their World Series picks at the All-Star Break.