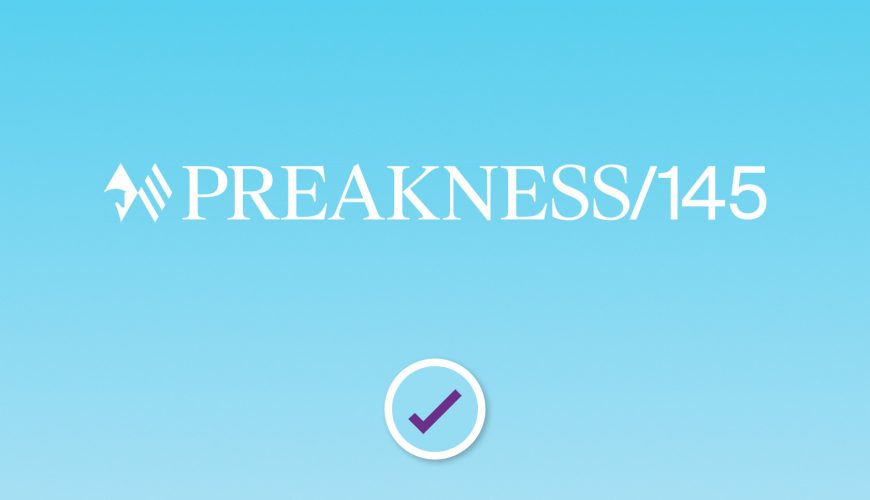 Are you ready for this? Justify is going to race into history and win the Triple Crown.

The undefeated three-year-old chestnut colt is a bona fide superstar. Forget the 5-2 odds backers received on Justify when he won the 144th running of the Kentucky Derby two weeks ago. You won’t see anything close to those odds ever again. The son of Scat Daddy has three or four starts left in his career and then it’s off to the life of luxury as a stud.

Justify, who drew the No. 7 post earlier this week, will face seven rivals in the 143rd Preakness Stakes at Pimlico Race Course in Baltimore, Md., on Saturday. Post time in 6:48 ET.

The horse, who is handled by legendary trainer Bob Baffert, is the overwhelming favorite in the second leg of the Triple Crown at -225, which means a bettor has to wager $225 to earn a profit of $100 (odds provided by Bovada).

The last four Derby winners Baffert has conditioned have all gone on to win the Preakness. And so will this colt. Then it’s off to New York and the final leg of the Triple Crown in the Belmont Stakes on June 9.

The possible injury to Justify’s left hind foot won’t be an issue, even though the media is making a big deal out of it. His connections will not let him race in the Preakness if he is under any duress.

The Run For The Black-Eyed Susans

The Preakness Stakes is the second leg of the three Triple Crown races. Held annually on the third Saturday in May at Pimlico Race Course in Baltimore, Md., the Preakness is run at 1 3/16 miles — half a furlong shorter than the Kentucky Derby.

This is the jewel of the Triple Crown where the favorite wins more than half the time — 72 out of 142 races (50.7%). Many believe that smaller fields for the Preakness is a big part of the lack of long shot winners, especially compared to the crowded field for the Derby or the 1 1/2-mile distance of the Belmont.

The race is called The Run for the Black-Eyed Susans because a blanket of yellow flowers altered to resemble Maryland’s state flower is draped over the winning horse.

We’re Looking For A Long Shot

It’s not like Justify is invincible. He’s only had four lifetime starts and just one outside of his home base in California.

The Preakness at Pimlico will be a new racing surface for all eight starters. Let’s take a look at some possible upsetters.

#5 Good Magic (+300) — The Derby runner-up had a shot at Justify in the stretch two weeks ago, but the winner was just too strong. The two-year-old champion will once again stalk Justify throughout the Preakness and make his run heading for home. Will it be enough? Only if Justify has an off day.

#1 Quip (+1400) — He did not start in the Derby, but Quip won the Tampa Bay Derby in March and finished second in the Arkansas Derby in April. The son of Distorted Humor shares some of the same owners as Justify. He’s won three-of-five lifetime starts and has only finished off the board once in his career.

#8 Bravazo (+2000) — The chaotic start of the Derby eliminated the European star Mendelssohn, who ended up finishing 20th and dead last. But Bravazo was also affected by all the bumping coming out of the starting gate, and yet he outraced his 66-1 odds and finished a respectable sixth. The son of Awesome Again has won three-of-nine career starts.

Racetracks across the U.S. and sports books on the Las Vegas Strip — like Treasure Island and the Mirage — will offer common win, place, show wagers on the Preakness and other exotic bets like the exacta, trifecta and superfecta.

Online sites like Bovada, TopBet and Betonline offer the same wagers but they take the race to a different level. These gaming sites also offer alternative bets, like Justify’s chances to win the Triple Crown.

Unraced as a two-year-old, this spectacular colt has passed every test thrown his way in just a very short time. He seems to thrive on the work and the media circus that follows the Triple Crown trail.

VGB’s pick — Yes (+150) as Justify will become the 13th horse in history to win the Triple Crown.